After months of speculations regarding their upcoming high-quality metallic smartphone, Samsung has finally outed the Galaxy Alpha. In many regards, the Alpha is an underwhelming device that fails to stand next to this year's (and even some of last year's) Android flagships, but it does have one redeeming quality: it is the best industrially-designed phone to come out of the South Korean company in years.

While Samsung claims the Galaxy Alpha offers an "entirely new appearance," you would be hard-pressed not to recognize the Galaxy S5's sibling in the Alpha, an illegitimate brother from a one-night stand with a member of the iPhone family. That metal frame is eerily familiar, isn't it? Luckily, the Alpha got the rest of its looks from the Samsung side of the family, with the dotted pattern on the "tactile soft back cover," Samsung's signature home button, and the little camera bump on the rear. 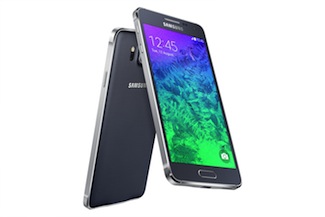 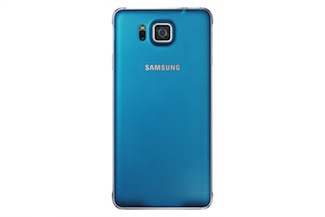 Specs-wise, the Galaxy Alpha is akin to last year's flagships with a few improvements. It has a 4.7" HD Super AMOLED display with a resolution of 1280 x 720, an Octa Core processor (4 cores at 1.8GHz and 4 cores at 1.3GHz), a 12MP rear camera capable of shooting 4K videos, a 2.1MP front camera, 32GB of on-board storage without a microSD slot (a rarity for Samsung), and the usual smorgasbord of antennas—WiFi, Bluetooth, NFC, and LTE Cat.6. Samsung also included their Fingerprint Sensor in the home button and a Heart Rate sensor next to the rear camera. 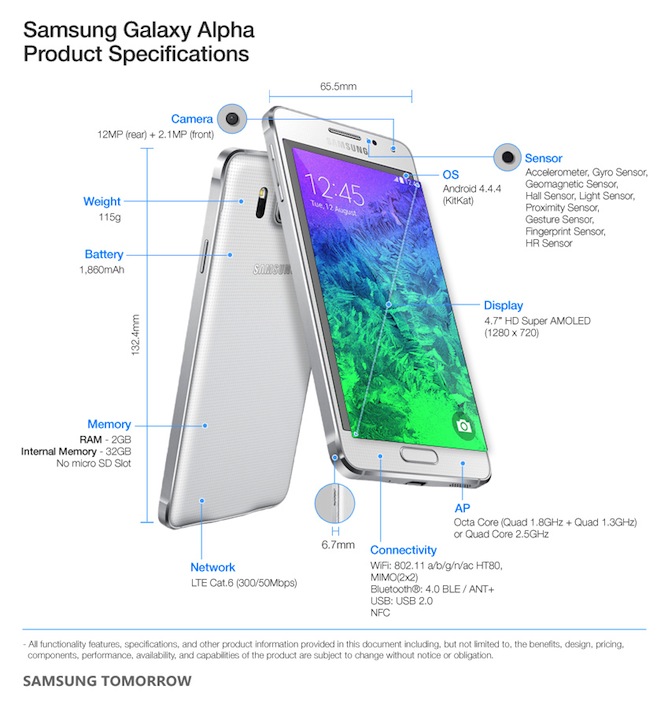 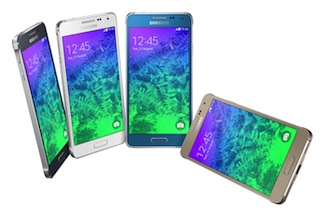 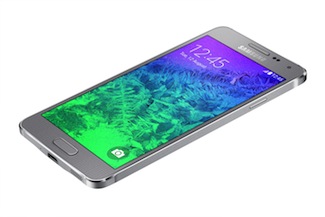 The Galaxy Alpha will ship at the beginning of September with Android 4.4.4 KitKat on board. It will be available in 5 colors: Charcoal Black, Dazzling White, Frosted Gold, Sleek Silver, and Scuba Blue. There's no word on pricing or US operator availability yet, but if you're interested in reading more about it, you'll be glad to know that it was officially outed in Russia a few days ago and, as a result, is already reviewed on Hi-Tech.mail.ru—that back cover is so pliable! 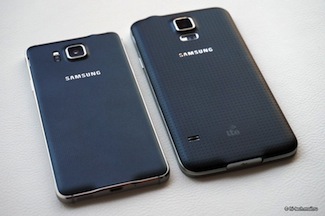 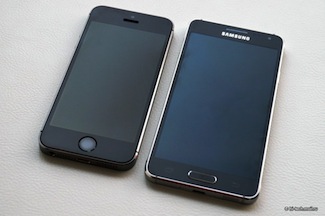 Samsung's intentions with the Alpha might have been to anticipate the upcoming larger iPhone 6 and provide a competing premium product before its launch, but it may have also just granted the wish of a few Android fans who want good specs in a more pocketable device. Two birds, one stone?

Seoul, Korea – Aug 13, 2014 9AM GMT – Samsung Electronics Co., Ltd. today unveiled its new design approach with the Galaxy Alpha. The latest addition to Samsung’s Galaxy smartphone line, the Galaxy Alpha features a sophisticated design in a carefully constructed compact body with a metal frame and a solid finish, while still maintaining the flagship Galaxy experience. Elegant and practical, the Galaxy Alpha is the optimal convergence of style and cutting-edge technology.

“The Galaxy Alpha was built and designed based on the specific desires of the consumer market,” said JK Shin, CEO and Head of IT & Mobile Communication at Samsung Electronics. “With an entirely new appearance, the Galaxy Alpha focuses on both beauty and functionality combining a stunning metal frame and slim, light weight design with the same powerful hardware and features users expect from a flagship Galaxy mobile device.”

Setting a New Standard for Samsung Galaxy Design
Concentrating on elegant aesthetics and compact construction, Samsung has taken a fresh approach to design with the Galaxy Alpha. Created to help consumers express their unique style without sacrificing functionality, the refined Galaxy Alpha features a sophisticated design with a metal frame, elegantly curved corners and a tactile soft back cover. In addition, it is visually balanced, with the perfect contrast of both a calming, soft matte finish and an eye-catching reflection from the metal frame. At less than 7 mm thick, the Galaxy Alpha is also one of the slimmest Galaxy devices ever, and its uniquely compact construction and light weight provides consumers with maximum in-hand grip and control.

Powerful Samsung Galaxy Experience
Despite its slim and light design, the Galaxy Alpha provides users with the same powerful hardware and features users expect from a flagship Galaxy mobile device. The device is equipped with a brilliant 4.7-inch HD Super AMOLED display as well as an advanced camera and real time HDR for an unrivaled viewing and photo experience. The Galaxy Alpha also includes innovative and popular features such as Ultra-Power Saving Mode, S Health, Finger Print Scanner, Private Mode and connectivity with the latest Samsung Gear Fit, Gear Live and Gear 2 wearables.