Mad Catz isn't generally the first name you think of when pondering high-end Android accessories, but I was pretty impressed with its CTRLR Bluetooth gamepad. In fact, it's my current favorite Bluetooth controller for Android (though NVIDIA's SHIELD controller is better than anything else available today). While we're on a high note, we decided to check out the STRIKEM Bluetooth keyboard and FREQM Bluetooth gaming headset. Let's dig in. 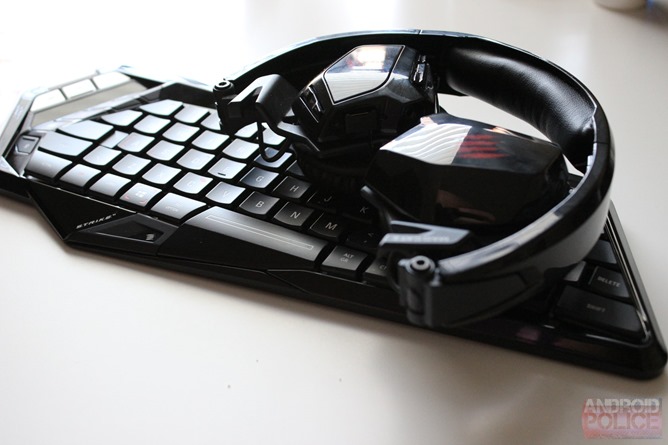 S.T.R.I.K.E.M Keyboard: So Close, Yet So Not Close At The Same Time Too

When I first saw the STRIKEM keyboard, I had high hopes. It's packed with a ton of cool features, like a built-in touchpad, volume control spindle, backlighting, support for multiple connections, and more. The idea behind this keyboard is nothing short of kickass.

Unfortunately, Mad Catz forgot about one important detail: typing. The keys on the STRIKEM are so ridiculously tiny that it's nearly impossible to accurately key in any information. In fact, I'd much rather use an on-screen keyboard, because the STRIKEM just frustrates me to no end.

That really sucks, because everything else about this keyboard is great, and it all works really well. But if you can't type on a keyboard, what good is it? None. It's no good. None good, even. Plus, it's $100, and you can get a much more usable keyboard for that.

This image from the Mad Catz website says it all:

The keyboard is 40% smaller than a regular keyboard, and the left side is where the mouse buttons, backlight key, and media controls are, thus taking away precious space from the keyboard's main keys. Great idea, poor design. Too bad.

Here's a comparison to the ZAGGKeys Flex, which has undersized keys, just to give you an idea of how tiny these STRIKEM's keys really are: 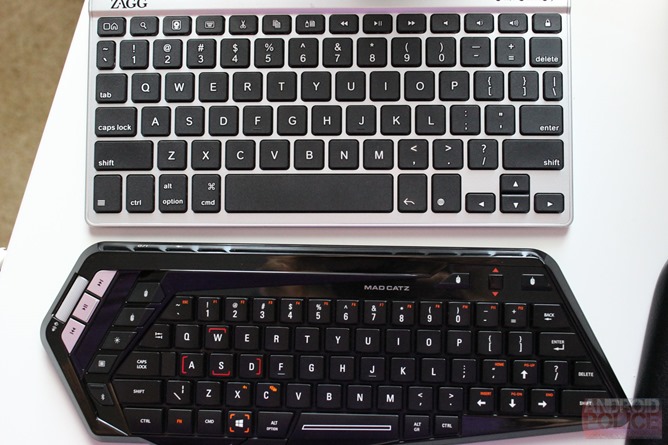 What is this, a keyboard for ants?

Compared to the STRIKEM, I had the exact opposite feelings about the FREQM when I first saw it: I didn't expect much. You can probably imagine my surprise when I unpacked the headset and threw it on my head, only to find out that it doesn't sound bad at all. In fact, it sounds pretty damn good. Color me shocked (if I'm not mistaken,"shock" is a shade of bright pink, but I could be wrong). 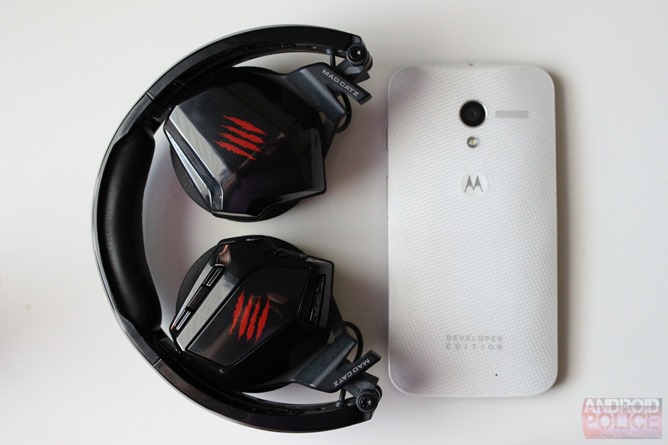 Pretend the Moto X is a banana and use that for scale.

One of the most noticeable things about the FREQM is its compact size: these are some little-bitty headphones. It also folds up nicely, making it quite portable. All of the controls are found on the right speaker, which includes track and volume controls, play/pause, microUSB charging port, and a 3.5mm headphone jack for wired play. All pretty common things for a set of Bluetooth headphones to have.

Given the size, I didn't expect very good sound quality or a lot of bass from the FREQM's speakers. I was wrong on both counts – not only do they sound pretty good, but they put out ample bass for their compact size. That said, they're not as balanced as I'd like – they're actually a little too bass heavy. If you like a lot of bass, I guess that's a good thing. 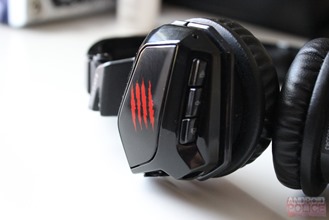 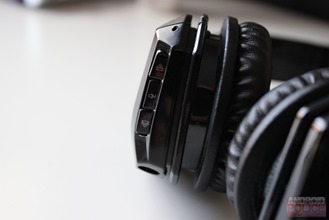 Other than that, there aren't any major flaws with the FREQM. It's small and light, portable, sounds pretty good, and offers a wired connection for those times when wireless just isn't an option.

Well, this has been a flip-flop sort of review, hasn't it? One decent product, one not so much, neither being what I expected. While I can't recommend the STRIKEM to anyone for any reason, the FREQM was a pleasant surprise. I can't imagine many hardcore music enthusiasts looking at Mad Catz during their headphone search, but it may just be worth checking these out...if you can find them at the right price.