According to Florian Kiersch (who has uncovered many in-progress Google projects including Google Stars), Google is testing a new Hangouts experience for now codenamed Ultra Violet.

Kiersch says (and shows) that Ultra Violet will present significant interface changes for Hangouts, including a new Chrome extension that would introduce a floating, Chat Heads-style icon on the desktop, which users could move around freely. 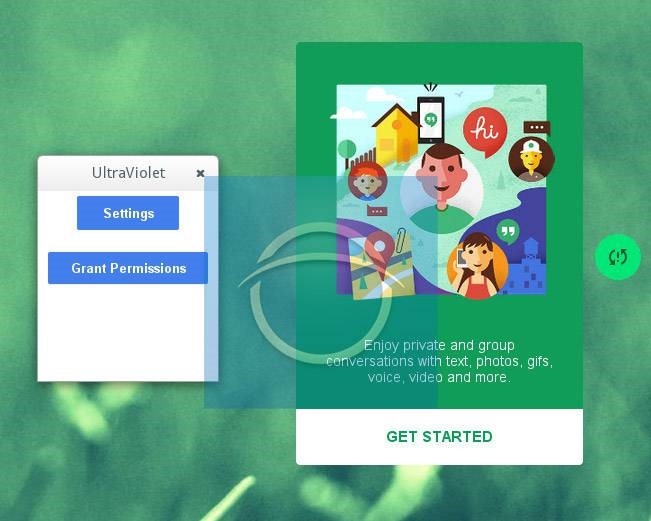 Once the circle is clicked, Kiersch says, the Hangouts welcome screen would appear to introduce users to the new experience. We can also see from Kiersch's images that new ongoing Hangouts conversations would spawn new floating buttons with familiar profile images. 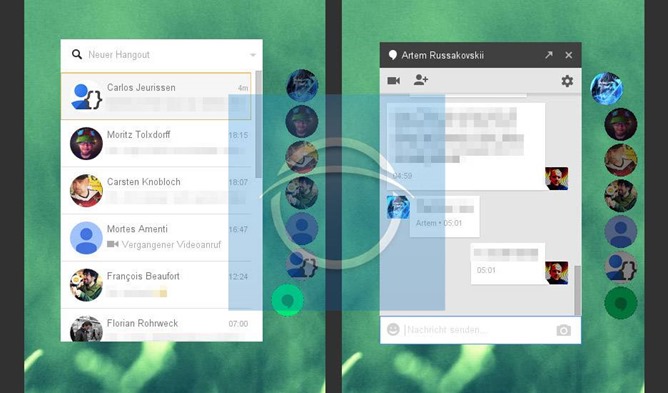 For now, the new Hangouts experience isn't quite ready for public consumption - it relies on experimental extension APIs in Chrome's developer channel, and still - predictably - has some bugs to work out.

Details on its functionality are also sparse. There's no word on whether the new extension would be more functionally powerful than the current extension (for example, if it would sync SMS), or whether this floating experience would come to Android, but it appears that the new experience is still in its early stages. Here's hoping we hear something official soon.