A single SMS message is generally limited to 160 characters, which gives it the potential to be a very concise means of communication. If, however, you feel that the point of your message will be hard to convey in such small snippets, Hangouts has a feature for you.

Hangouts allows users to specify a subject for SMS messages. Simply hold the send button for a moment, and a subject box will appear as shown below. Hangouts will then automatically convert the message to MMS, and indicate the message's subject in a pair of angle brackets once sent. 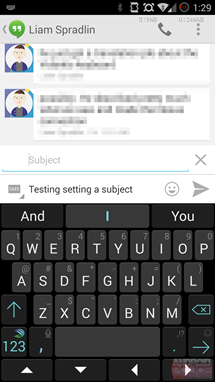 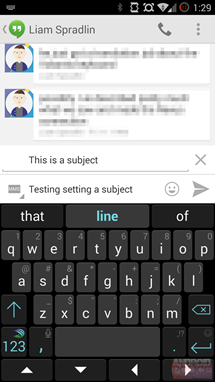 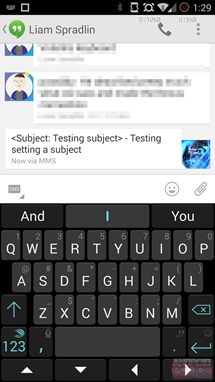 It's a small feature, but one that may be useful to someone, somewhere, who prefers to communicate hard-to-nail-down subjects via SMS. And, for the record, subjects can contain emojis, though right now it looks like (unfortunately) the recipient can't see them.