The YouTube app was supposed to get an offline playback mode some time ago, but like the subscription music service, it hasn't materialized yet. That's not stopping Google from teasing it, though. Right in the Play Store you'll find a few screenshots with a navigation menu listing for offline videos. 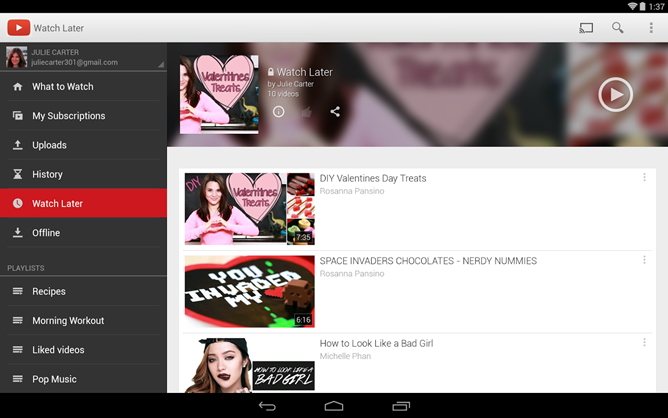 Last we heard, the YouTube app's offline video mode would let you cache a video offline for a few days at most. The feature has popped up in some APK teardowns, but there's still nothing official. The screenshots in the Play Store don't necessarily mean anything is imminent, though. Googlers are probably using dogfood versions of the app with offline mode enabled and happened to use it for screenshots. 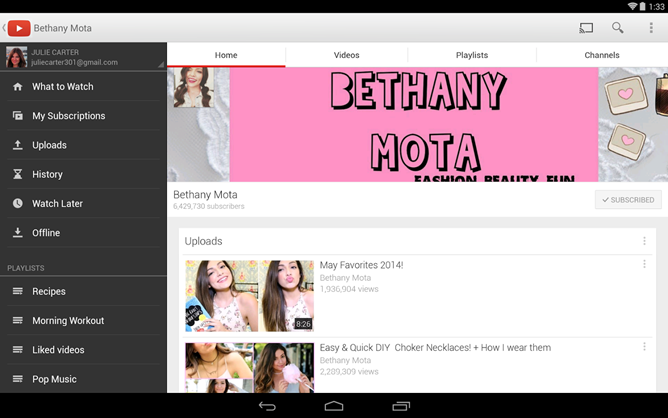 Somewhere out there is a version of the YouTube app with offline mode, and you can't have it. So look upon these screenshots and despair, puny mortal. I bet it also has the music service and a feature that makes girls like you.

Tip: Hold 'Send' In A Hangouts SMS Conversation To Specify A Subject