Back in May, Google announced "a new classroom," powered by Google's own tools. Appropriately, the effort was dubbed Google Classroom and previewed to educators around the world. Today, Google Classroom will become available to all Google Apps for Education users in 42 languages, optimized for both desktop and mobile use.

For those unfamiliar, Google Classroom is basically a web platform for managing assignments and projects - educators can assign projects, dispense information (through announcements or real time discussions), and collect assignments using Google's tools to spend "a little less time at the photocopier and a little more time doing what you love—teaching."

Google promises that Classroom (which is ad free and free for schools) respects the privacy of students and educators, and - like its other Apps for Education services - Classroom won't use student data for advertising purposes. 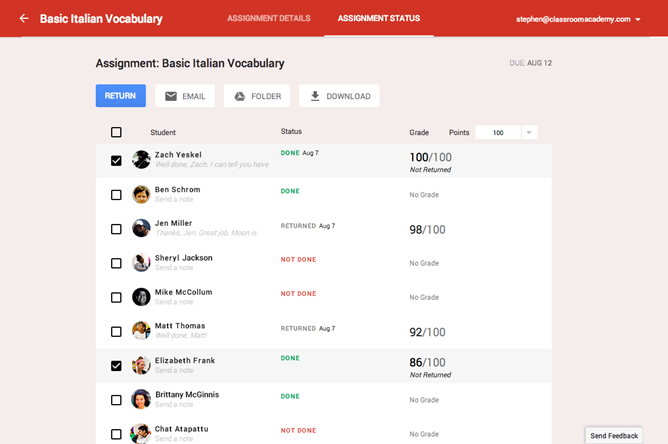 The program is part of Google's ongoing efforts to break into the classroom market ahead of competitors, with Chromebook deployment, Apps for Education (with its own device deployment efforts), and Google Play for Education acting as other key initiatives. For more on today's Classroom announcement, check out Google Canada's official post below.