It's been a few months since Google accidentally left the Stars bookmark management extension visible in the Chrome App Store. We had been hearing about the development of Stars for some time before that, so its appearance was not entirely surprising. However, Mountain View removed the listing and didn't mention Stars at I/O this year. Now Florian Kiersch has gotten a look at the updated version of Stars. It's clear Google is still making improvements to the service, but it's definitely not done yet. 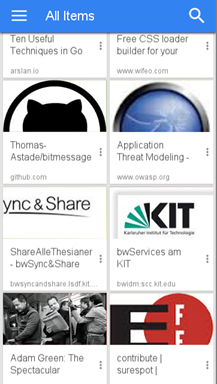 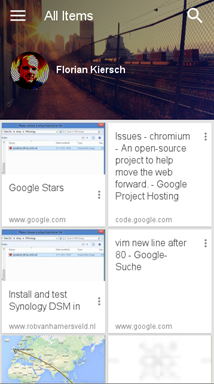 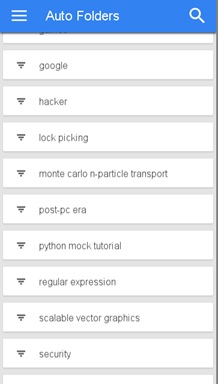 The idea behind Stars is that it will serve as a replacement to locally stored and synced bookmarks. Your Google account would simply contain all your links, making them accessible for anywhere. Stars will reportedly also be able to automatically organize bookmarks and perform advanced searches that reach out into the text of saved pages. It's supposed to do plenty of other things, but you can check out our past posts on it for the full scoop. 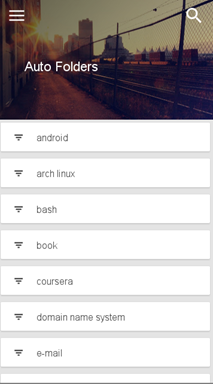 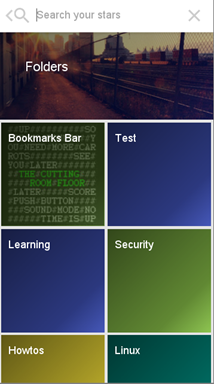 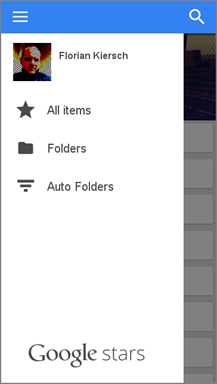 The important thing today is that Stars is shaping up nicely based on some updated internal dogfooding screens. Filters are now called Auto Folders in Stars, and the mobile view is much nicer—it has a vaguely material flair. The desktop version also has a cleaned up list view. Kiersch says it still doesn't seem ready for release, so it's anyone's guess when it'll finally be done.