The latest Dropbox update should give early adopters of the Android L preview something to smile about. This release addresses the showstopping compatibility issue that has thus far plagued the app, so users should now be able to use the cloud storage app on their pre-release mobile operating system of choice without experiencing an instant crash. 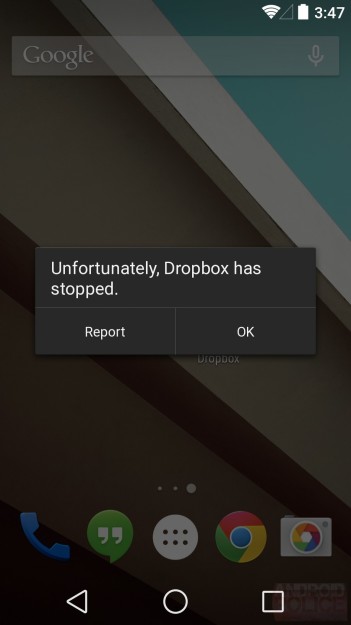 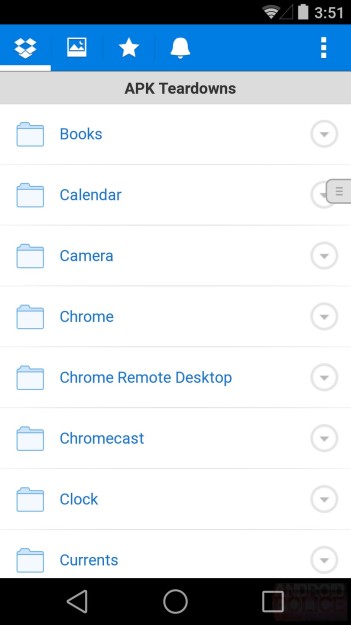 What using Dropbox on the Android L preview used to look like vs how it looks now.

If the app still crashes for you following the update, go into app settings and clear data. It should work fine after that.

Now to address people who are still hanging back on the stable version of Android. Version 2.4.3 of Dropbox plays along better with Microsoft Office formats by introducing in-app previews of Word and PowerPoint files (along with PDFs). Users who attempt to search for specific documents will find that the app now tracks recent queries. 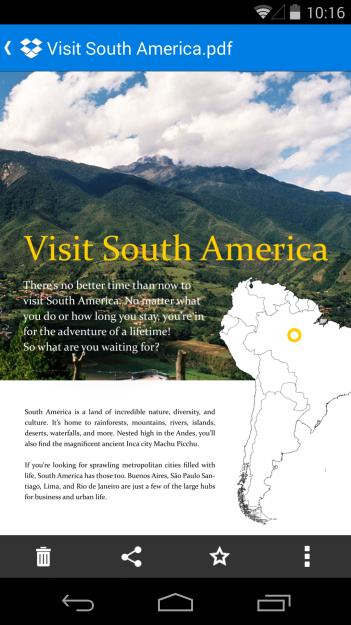 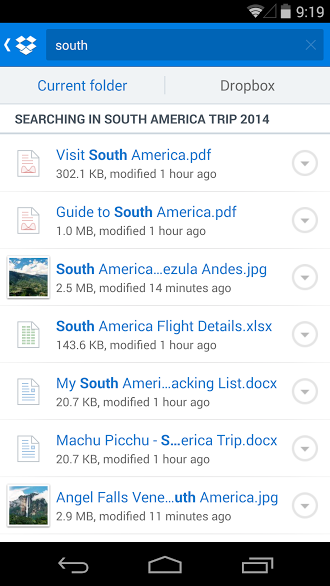 These aren't the only improvements waiting to be appreciated. Take a look at the changelog below for more niceties.