Android's Google+ app also got an update today that - while masquerading as a stability/bug-fix release - packed in at least one new treat - the ability to cast your stream to a Chromecast.

While casting, users can flip through posts with manual controls or just wait for the stream's auto-play. The interface shown through your Chromecast will look much like the one in the app, minus Android's system interface and playback controls. Post images fill the whole screen, putting post content at the top, and the post's source at the bottom. We're sorry to report that the cast stream doesn't appear to support GIFs. 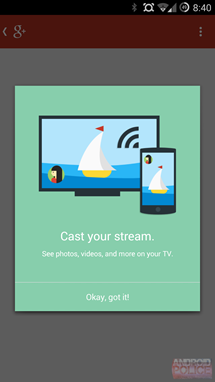 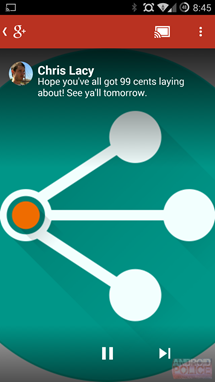 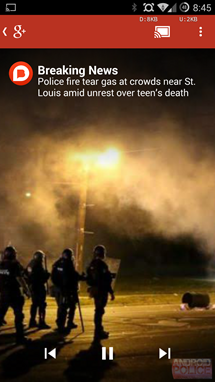 The feature appears to be on a server-side switch, so anyone running Google+ 4.5 should get the ability to cast soon. But if by some chance you haven't received the latest update yet, you can grab it from one of the mirrors provided below.

Thanks to everyone who tipped us!