Wearable Widgets rolled out support for Android Wear pretty quickly after the first devices hit the streets, and now there's another big update to the app. In addition to mirroring widgets from the phone, the new version can set any widget as your watch face. There are a few drawbacks, but it's a neat option. 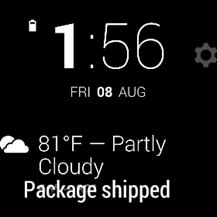 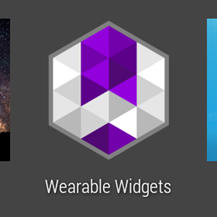 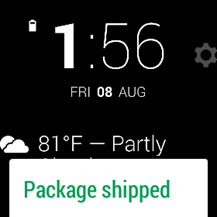 Like all the other watch faces out there, the Wearable Widgets implementation is still using a workaround in the absence of the official watch face API. That means cards will get in the way of some elements of the widgets. All you need to do after starting Wearable Widgets is select it from the watch face list and you'll be able to set your desired widget. You probably want something with a clock on it, so I tried Dashclock. It works reasonably well, but the battery drain will be higher as it's basically refreshing the widget state once per minute over Bluetooth.