When a large tech company starts to fail, there's a real downside regardless of how we feel about its product. People lose their jobs. Often, thousands do. Many of these people then find themselves having to move to another state or country to continue working in their chosen field.

But there's an upside as well. A large layoff means there are plenty of qualified workers who are looking for work, and what better way is there for a company to acquire hot talent than to move to where the people are? That's the idea Yota Devices, currently based in Moscow, is having. According to the Financial Post, the company plans to relocate its headquarters to Canada before the end of the year.

If the name doesn't immediately ring a bell, think back to the YotaPhone, a peculiar Android device with an LCD screen on one side and an e-ink display on the other. The original phone caught our attention when it showed up at CES 2013.

The sequel was even more appealing at this year's Mobile World Congress. It hasn't launched yet, but it should hit Africa, the Asia Pacific, Europe, and the Middle East by the end of this year. It will come to the US and Canada in early 2015, two countries that the original phone did not come to. 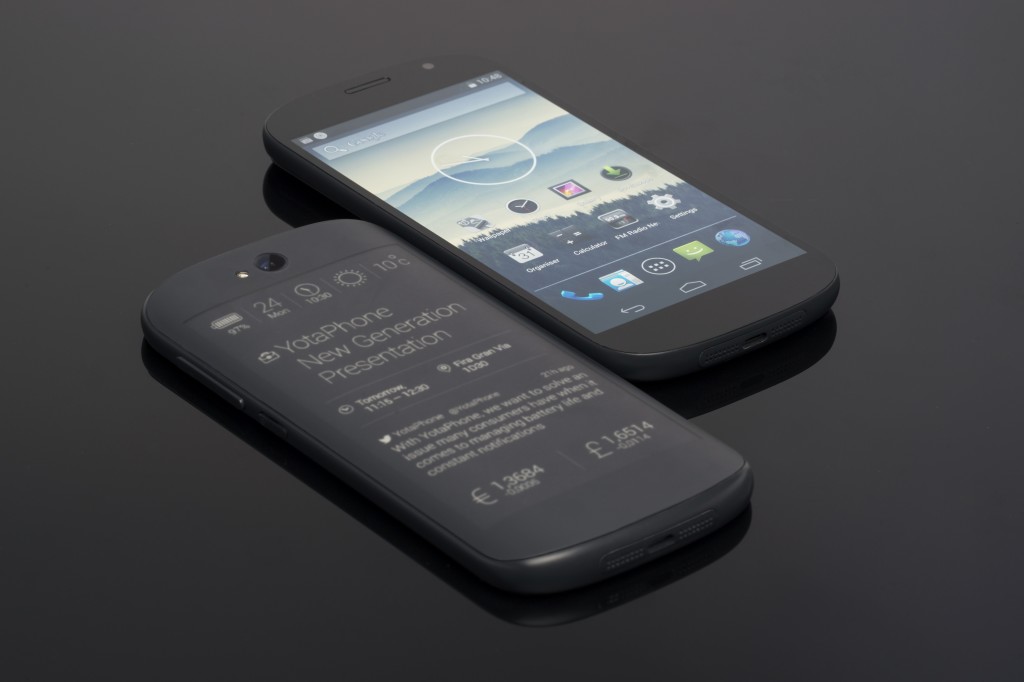 Yota Devices will reportedly make its home in either Toronto or Waterloo. It considered the US as well, but chose Canada due in part to lowers costs, tax benefits, support from the government, and the potential recruitment opportunity, CEO Vlad Martynov explained. That, and some of the company's executives are from Canada, including Martynov (though he was born in Russia and didn't emigrate to Canada until 2000).

The smartphone maker plans to raise $100 million in capital with the help of investment bank Jacob Securities before 2015. Currently 150 people make up the company's staff, 70 percent of which is based outside of Russia in offices of various sizes spread across Frankfurt, Oulu, and Singapore, along with three sales staff in Toronto.

This move will provide Canada with another smartphone maker, and while Yota Devices is nowhere near as large as Blackberry, it's shipping a device with an operating system that our readers, and apparently consumers at large, find more palatable.