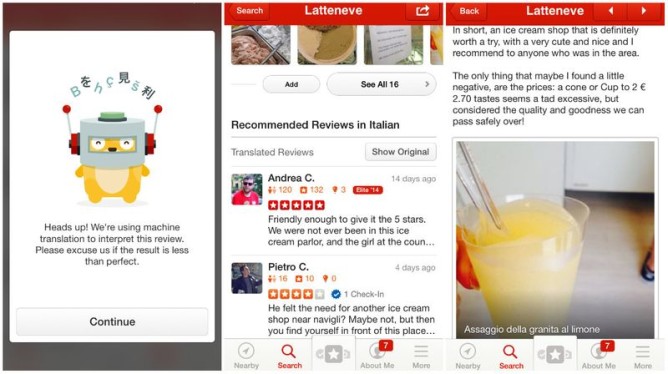 The feature will only work with the fifteen languages that Yelp supports: English, Czech, Danish, Dutch, Finnish, French, German, Italian, Japanese, Norwegian, Polish, Portuguese, Spanish, Swedish, and Turkish. Oh, it will also use the Bing Translator, not Google.

Hey, let's wait for the Android app to arrive before rushing to judgment. The feature has landed on iOS today, but our platform is described as coming soon. For now we will have to wait, which isn't fun no matter how you translate it. Tockle Is Essentially Tasker With Android Wear Support, And It's Now Out Of Beta