Pinterest is all about sharing photos of things you like and browsing the great many items that other users have pinned. For such an inherently social experience, it's relatively solitary, despite people having the ability to comment on one another's pins. Users can recommend something for their friend to pin instead, but that's the social equivalent of handing someone a magazine clipping and walking away. Well, now Pinterest is reaching out to grab your shoulder so that your friend can have time to respond. Or, to drop the metaphor, the company has added messaging to both its Android and iOS apps. 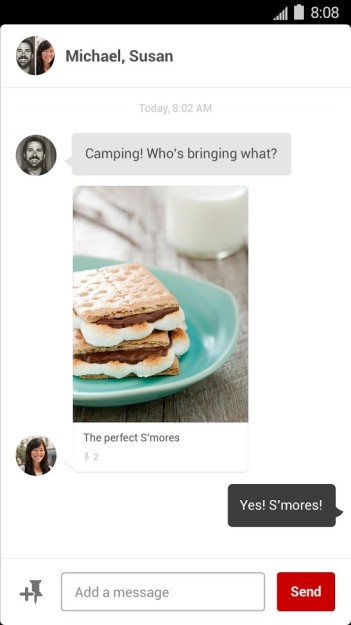 Now when someone receives a pin, they're able to reply with a message or reciprocate with a another pin without leaving the app. In addition to this, Pinterest is making it possible to send pins and messages to multiple people. This potentially makes it a decent option for image-heavy collaborations.

There you have it. Pin your heart out, or just use your words instead.

[New Game] 17-Bit's Skulls Of The Shogun Brings Undead Samurai To Android To Continue Their ...