One last app came rolling in at the tail end of update Wednesday. This time, we've got a relatively small update to Android Device Manager, Google's answer for lost or stolen phones. The changelog hasn't been posted on the Play Store, but a quick teardown told us everything we needed to know. There's a new callback feature that makes contacting the owner a one-touch operation.

There's really only one new feature to talk about today, but it's pretty great. If you've lost your phone and you can get a friend to help secure it, you'll notice a new text field at the bottom of the remote locking screen. In addition to creating a lockscreen password and an optional message, you'll also have the option to add a phone number where you can be reached. When somebody turns on the screen of your phone, the lockscreen will display a bright green button that can be used to automatically dial the number you've entered. This will make it a lot easier for a good Samaritan to reach you and coordinate the return of your hardware. You can also set a callback number on the web interface. 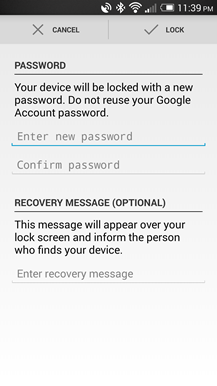 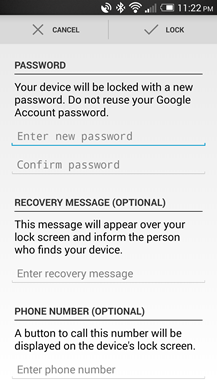 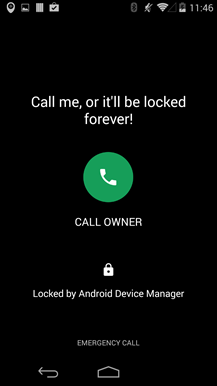 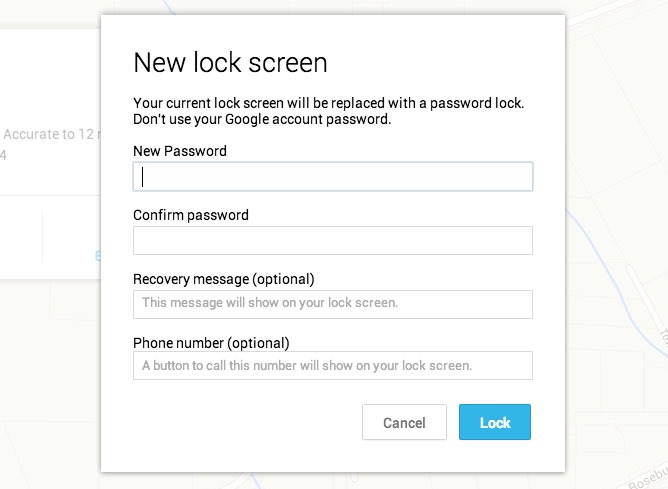 Android Device Manager on the web.

The callback feature is basically limited to phones, for the obvious reason. If you're locking up a tablet or another type of Android device, placing a phone number in the message field will have to be sufficient.

While digging through some code, I came across a newly added folder named 'gtalkservice.' It only contained 4 classes named: ConnectionError, ConnectionState, GroupChatInvitation, and Presence. There aren't any resources connected to these classes, and the code isn't in use anywhere in the app, so it's clearly a work in progress.

There aren't very many explanations for having these particular classes, so we can assume Google will be adding Hangouts integration for some reason. Most likely, this would be used to allow a device owner and whoever currently holds the handset to initiate a conversation. In case it's not obvious, this would be useful if an owner doesn't have access to a second line to receive calls or isn't available when a call comes in.

Of course, this is just speculation based on a folder name and a few classes, so it's too early to be confident about anything. Google may have something entirely different planned.