Luca Viscardi is one lucky, lucky, three times lucky guy. He seems to have gotten his hands on a Moto 360 for an extended amount of time and has been putting it through its paces. Thankfully, he has decided to share his thoughts along with many pictures with the world, so we can all feast our eyes on this much-awaited, droolworthy Android Wear watch. And from the looks of it, the Moto 360 won't disappoint. 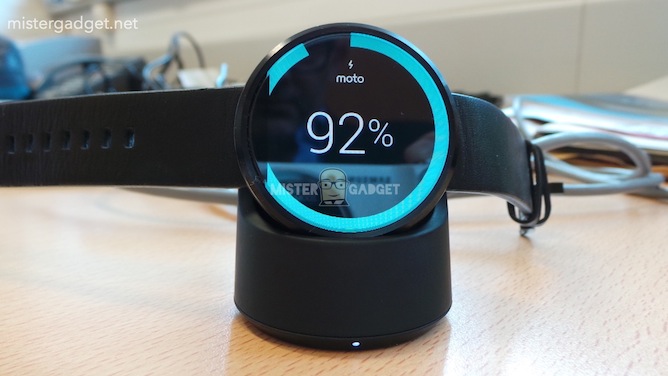 The most interesting pictures show the Moto 360's charging dock. It's a bit reminiscent of the Nexus 4's wireless charger in that it has a slightly round shape and places the watch vertically at an inclined angle. We can't tell if the 360 will be held by magnets or by simply sliding through that small opening at the bottom of the dock. What we can see, however, is that the Moto 360's charging interface is strikingly beautiful but the lower dimple on the screen (now appearing on the left) cuts the circle in an odd way. They should have designed the interface to account for the lack of a perfect circle on the screen. Sigh. 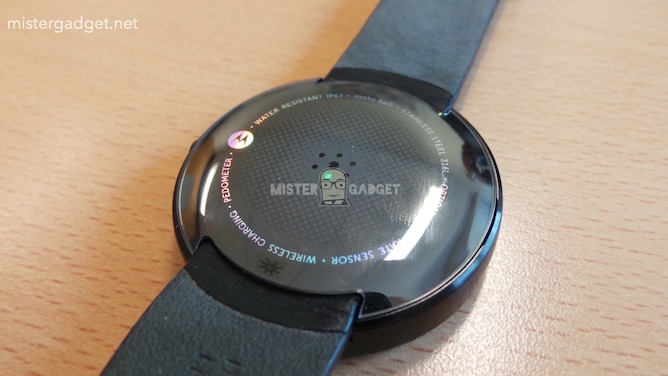 Other photos show the back of the Moto 360, which is devoid of any charging pins and has the following inscriptions: Moto 360 - Stainless Steel 316L - Optical Heart Rate Sensor - Wireless Charging - Pedometer - Water Resistant IP67. That's as close as we have ever been to knowing the specs of the watch. 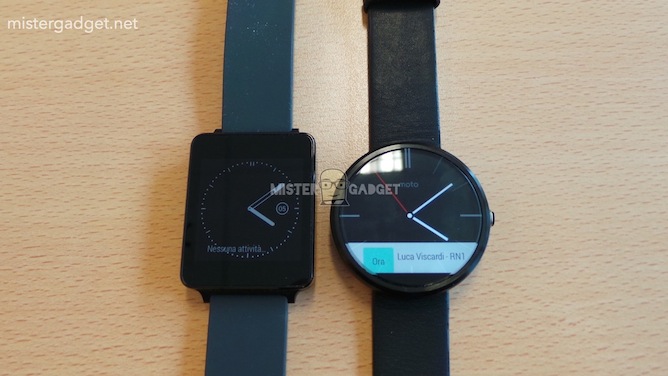 The last bit of images have a side-by-side comparison with the LG G Watch, proving that the Moto 360 is unexpectedly shorter than its brethren (the Gear Live is about 1cm taller than the G Watch, you can imagine how that side-by-side comparison will look like). Size is one aspect of the Moto 360 I have been dreading so I'm pleasantly surprised by this photo. The only downside is that the 360 appears to be thicker than the G Watch.

Finally, Luca has also penned some thoughts about the Moto 360 following several days with the watch. He explained that he is able to get roughly 2.5 days of battery life on a single charge, as opposed to 1 day on his G Watch for the same usage pattern. Of course, that is based on pre-release software and hardware, the numbers may vary in the final product. He also noted that the band is replaceable and uses a standard mechanism, not a proprietary Motorola one (however, the pins are not clearly visible in the pictures). If true, this would definitely be another box to tick in favor of the Moto 360—you could get any band you want and won't have to be limited by the colors and prices offered by Motorola.

Sony Ends Support For The PlayStation Mobile Game Store, Reminding Everyone That It (Briefly) ...