Facebook isn't usually known for embracing new Android features quickly, but Android Wear is getting a fair shake from the social network. Facebook Messenger v9 includes a few features especially for those of you who have Google-y watches on your wrists. 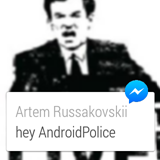 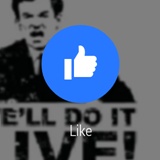 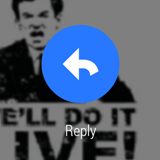 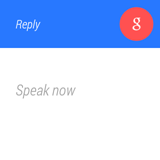 Now when you get a Facebook Messenger message, the watch won't just have the generic mirrored notification. You'll be able to reply by voice, send a "Like," and mute notifications from the watch. As you can see from the screens, we've done it live, and it works.

The update also tweaks the notifications on the phone, adding new mute and Like buttons. That's why those functions appear on the watch, but the voice reply was added just for Wear. The app is also supposed to be faster and more reliable, but they always say that, don't they?