Tucked into the end of an otherwise unremarkable promo video for the G3 Beat is a fleeting glance of a new, unannounced variant of LG's latest flagship device. The phone is unapologetically labeled the G3 Stylus. It looks identical to the G3 save for a slightly larger screen and, well, a stylus. This is the first we've heard of this particular phone, though it's hardly a surprising addition to the lineup. 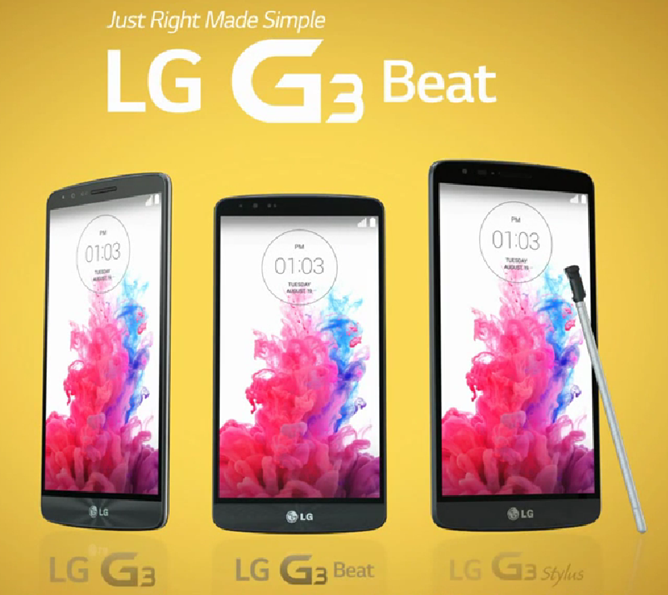 The video glimpse of the G3 Stylus is about three seconds long, but shows a phone with a stylus bay on the top right of the device. It's got the same layout and pseudo-metal build from the G3, with a screen that looks like it's somewhere in the 5.7-6.0-inch range, presumably competing with Samsung's Galaxy Note series. That's about it. The video was first spotted by Chinese technology site TechOrz.com.

Assuming that the G3 Stylus is ready for prime time, and it certainly looks like it is, this wouldn't be the first time the LG had the Note series in its sights. Early attempts like the oddly-proportioned Vu phones had a stylus as well, but LG went big and powerful with the somewhat nondescript G Pro series, currently on its second iteration. If we're seeing the unofficial successor to the G Pro 2, it makes a lot of sense as a super-premium addition. I would expect internal specs that are at least as good as the excellent G3, with an active digitizer embedded in the screen.

There's nothing to say on a possible release window, but Samsung has shown off the first three versions of the Galaxy Note at IFA in Berlin, which takes place next month. The Galaxy Note 4 is expected to be there, so LG's G3 Stylus would make a good counterpoint.