Quite a while ago, we wrote about an upcoming hands-free (and eyes-free) interface code-named KITT. The interface - intended for use in the car or in other places where looking at your phone isn't wise - would be stripped down, displaying a black screen and large iconography, and would have the ability to read notifications aloud, among other things. More recently, an icon for an app called Google Hands-Free showed up in a promotional gif posted to Google's Google+ page, hinting that the service was still under development.

Today, it looks like another clue toward Google's Hands-Free interface has surfaced - this time, it's in the actual Google Search app. Users who open the Search app and simply search for "hands free" will see a card that appears to be "starting hands-free," though for now the activity doesn't actually start - the card just hangs there until the user takes action. 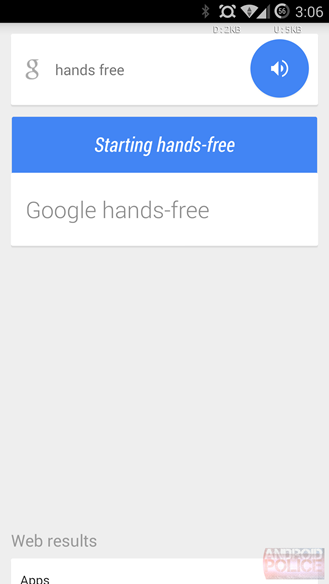 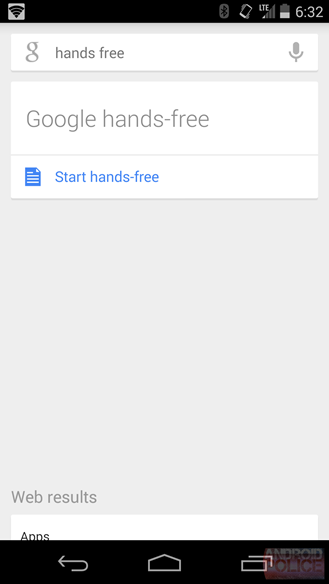 As commenters have pointed out, a "g" icon appears in the notification bar when the user hits the card, but quickly disappears as seen in the gif below (thanks Derek!). This is the same notification that typically appears when Google is busy completing a task like setting a reminder.

While this still doesn't confirm any timeframe for release, it's just one more clue of what's to come. Here's hoping we hear something official soon.

[Update: Hesse To Step Down] Wall Street Journal: Sprint Has Abandoned Its Bid For T-Mobile, ...