To test this seemingly longer window, three members of the AP team all bought apps on the Play Store. All of us had the same experience while monitoring the availability of the "refund" button. Instead of disappearing after 15 minutes, as it has since December 2010 when Google dropped the refund window for the then-Android Market from 24 hours down to its current 15 minutes, the refund window stayed open a solid 2 hours. After two hours, it reliably closed.

We tested this theory using several purchases of apps and games on the Play Store. I documented one a little more painstakingly for the purpose of this post, so you can see how the system is currently working. At 9:50AM PST on July 31st, 2014, I bought The Game Of Life for $0.50 on the Play Store. 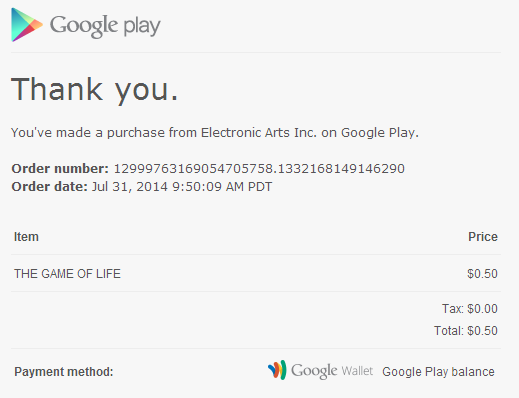 16 minutes later, I force closed the Play Store, reopened it, and went to the listing for the game under the "my apps" section of the device store, at which point a refund should no longer have been available.... but it was. I did this again, and again, and again, etc., until nearly two hours had passed. Every time, the refund option still appeared. At 11:48AM, 2 minutes before 2 hours had passed, it was still there. 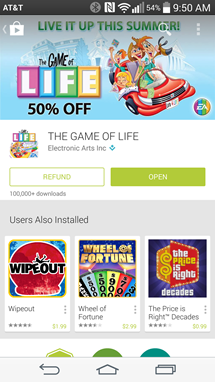 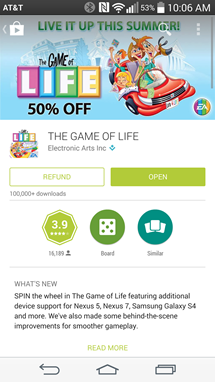 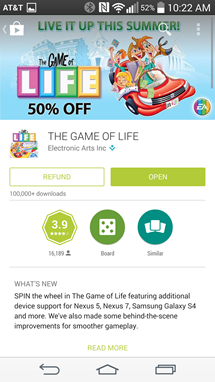 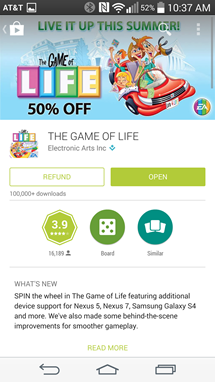 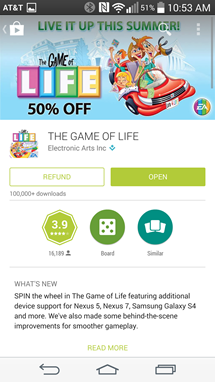 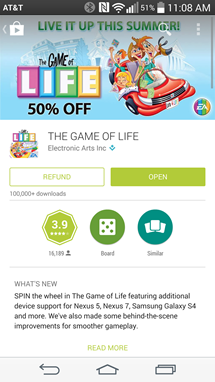 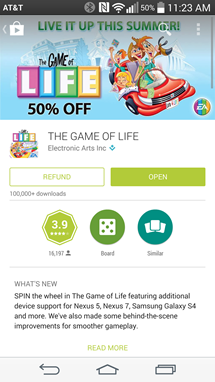 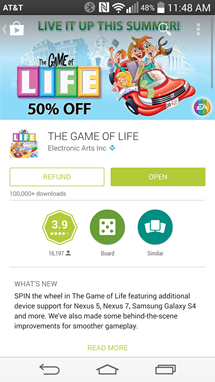 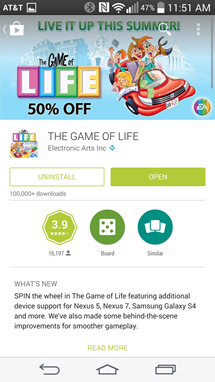 If you head to the Play Store support page for returning paid apps and games, 15 minutes is still shown as the current refund window. 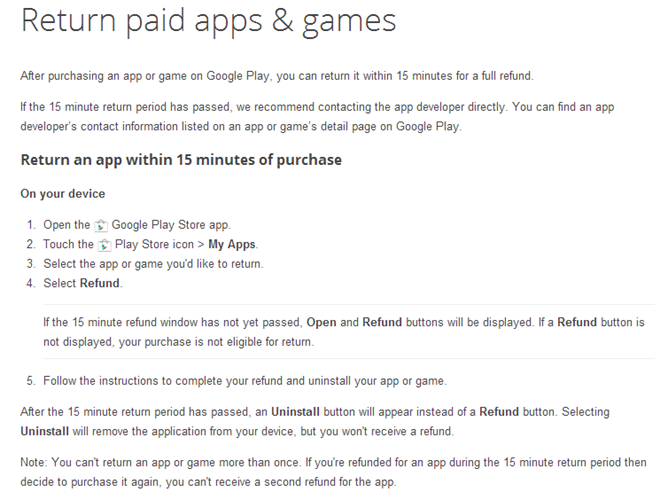 This clearly means Google has not instituted the 2-hour refund as policy yet, and it may never - this could just be a silent test to see if increasing the window dramatically ups the number of refunds, which could hurt developers. The current 15-minute window isn't exactly loved by Android users, of course, especially when it comes to expensive, high-end games, which often require more play time to figure out if the title is a worthwhile investment.

We reached out to Google about this, and this is the response that was provided:

[We] only advertise a 15-minute refund window, that is the guaranteed window for a user, but [we] do extend the window in some cases to account for download times.

The problem with this is that we tested the refund window on apps and games of various sizes, including some under 1MB. The result seemed to be the same, even if the app was run shortly after purchasing it - 2 hours before the refund expired. So, either Google is telling the truth and this 2-hour window is simply being overly cautious / bugged-out, or Google just doesn't want to discuss this and would prefer not to publicize the policy.

There are other potential explanations, too, which I'll go into below.

What does it mean?

For now, we're left to speculate. This could simply be a wide-scale test - using all of us as Play Store Policy guinea pigs to see if a 2-hour refund window is something worth doing. The more enticing alternative, of course, is that this is imminent, and Google will be officially changing to a 2-hour refund window for apps and games and simply hasn't gotten around to updating the relevant documentation. Given Google's statement, even with its apparent inaccuracies considered, this seems less likely.

Google's no stranger to off-the-books policies on Play Store refunds, either. We're already well-aware Google has implemented automatic refunds for requests made on the Play Store website outside the 15 minute window that basically seem to be available forever, but that's obviously not very well-exposed to the end user. Nor is it documented - Google has flatly refused to comment on the automated refund issue, probably because the moment it became policy it would be abused on a large scale. This also allows them to stop doing it basically any time they want without a backlash from Play Store users - you can't lose what you never officially had, especially if most people never knew they had it at all.

There is also the possibility that the refund window is in some way dynamic - adjusting based on how many returns you generally initiate, or other factors (such as the alleged download time) specific to your Google account or an app's characteristics. If you return many paid apps and games, for example, Google might drop you back to the 15-minute period, and without buying and returning a lot of games and apps, we can't really know if that's the case.

Regardless, we won't know what's really happening until one of two things happens: Google says something definitive on the subject, or Google switches back to the 15-minute refund window.

If you'd like to test this feature out for us (especially outside the US), we'd welcome additional screenshots with timestamps showing the new 2-hour return window. Just be careful: there's no way of knowing exactly how widespread the new 2-hour window is, so if you end up with an app or game you can't refund, you might be stuck with it (though probably not).