Reports began circulating over the last couple of days about an OTA update making its way out to owners of the LG G Watch, bumping the build number from KMV78V to KMV78Y. No official changelog has been posted for the update, but it looks like its main purpose is to fix the growing problem of corrosion buildup on the exposed POGO pins located on the back of the smartwatch. 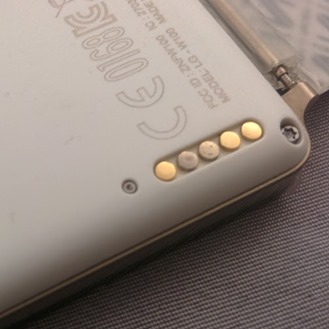 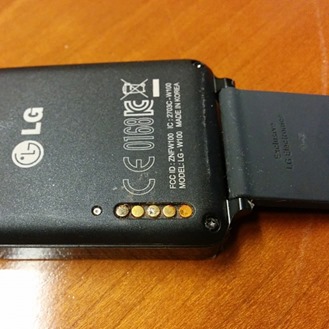 An explanation for the update was first posted by a commenter going by the name of Jack, who received this statement from an LG representative during an online chat. A Google representative has since confirmed this explanation with Android Police.

LG TV, Monitors, AV and IT Support
Recently it has come to our attention that a small number of G Watch devices have been reported to have developed discoloration and residue buildup on the terminal pins located on the back. While completely safe and unlikely to affect charging, LG will be rolling out a maintenance release over the next few days that will disable the current when the G Watch is not in the charging dock. The maintenance release will be rolled out automatically over-the-air to all G Watch owners. We thank G Watch users for their patience and apologize for any inconvenience this may have caused.

Complaints have mounted over the last few weeks as some people have reported issues with charging the G Watch due to buildup on the charging pins. This is the result of galvanic corrosion, a chemical process that results from running an electrical current through two different materials (usually metals) and an electrolyte (in this case, our sweat). Some owners have also noted feelings of discomfort while wearing the watch, and in a couple of instances, burns on their skin. These problems have been attributed to a constant electrical current running through two of the metal contacts. The update from LG simply disables the current while the device is not connected to the charging cradle. This should completely eliminate any risk of burns or feelings of discomfort; but there may still be some corrosion if there is any salt accumulated on the contacts while the watch is charging.

Well, there you have it. LG turned off power to a couple of pins, and the problem went away. There are probably some other changes in LG's update, but this is the only modification we can be sure of, so far. The OTA is still rolling out to G Watch owners at a steady pace, so don't be too worried if it hasn't shown up for you yet.

Google Photos May Soon Break Up With Google+, As The Post-Vic Era Fallout Continues