Update: Trademark issues with the name caused the game to be pulled a while back, but now it's available again as "Super Crossfighter." Same game, new name and listing. Radiangames is also discounting its catalog to celebrate, so check that out. The original post below should still be accurate other than the name.

Video games make a lot of assumptions about aliens, mainly that they're going to be two-dimensional and prone to shooting at stuff. It's an unfair stereotype, if you ask me, but also makes for a better game. That's very much the case in Super Crossfire which packs a ton of alien-blasting action. Yay for stereotypes.

This game includes 150 waves of glowing alien craft with another 150 that can be unlocked later. Super Crossfire looks a little like a bullet hell shooter with all the projectiles, but it actually forces you to hop between the top and bottom of the screen to avoid getting blasted. It's a neat twist. 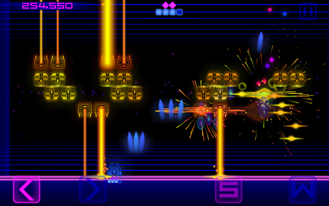 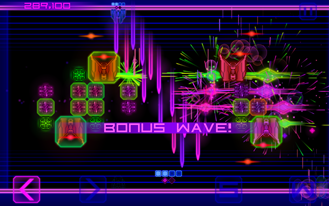 Super Crossfire looks a little simple in the screenshots, but seeing it in action in the video gives you a better feel for it. The way it changes perspective when you flip between the top and bottom of the screen is a particularly cool effect. Fans of top-down shooters should take note. It's $1.99 in Google Play.