The Amazon Appstore is slowly expanding to become a notable addition to the Android landscape, and though the Fire Phone isn't getting much love from reviewers, it's certainly giving Amazon a reason to boost the Appstore's profile. The latest promotion makes 30 paid apps free, over a $100 value. While not all of them are must-haves, more than a few deserve your attention. This time around the focus is more on tools than games, but there should be at least one entry for everyone. 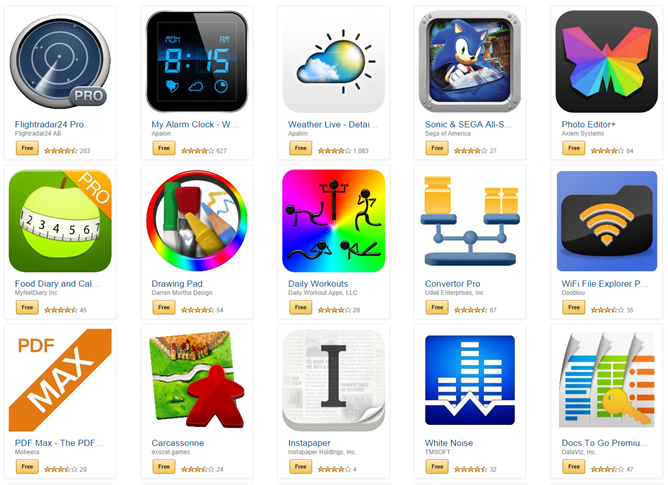 Here are our free picks for the US version of the Appstore:

International readers, you can get almost the same list of apps (minus To-Fu Fury, which is a Fire Phone exclusive) at some localized versions of the Amazon Appstore. We've spotted the promotion in the UK, Australia, and Germany at the very least. If you see it in your country, drop us a line in the comments to let your fellow readers know.

Despite the fact that these temporary free promotions have become commonplace on both the Amazon Appstore and over on iTunes, the Google Play Store still doesn't offer developers a way to make their apps free without permanently removing a paid option. It's a bummer, too - keeping track of which apps you've picked up on which store is starting to become a hassle. These deals probably won't last through the weekend, so get to it.

Android Dominates With 85% of Smartphone Sales In Q2, While The European Commission Prepares A ...