Not everything in the Android world is super-high-end, and if your carrier is building a brand on being cheaper than the other guys, perhaps having a few cheap phones around isn't a bad idea. Say hello to the Samsung Galaxy Avant, the latest addition to T-Mobile's hardware lineup. The internal specs won't blow anyone away, but with an off-contract price of just $216 (or $9 a month for two years on Jump), they don't need to. 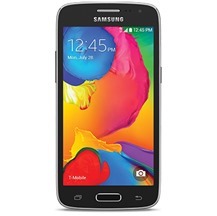 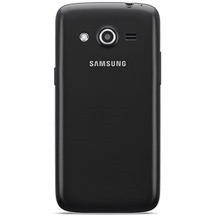 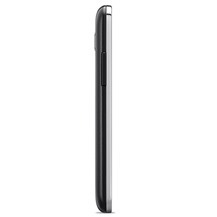 The oblong Avant follows the same rough design pattern as the Galaxy S3 and S4, though it trades in Samsung's capacitive menu button for a more modern Recents button (that's still in the wrong place). at 4.5", the screen is about as big as the similar budget phones as of late, and with a 960x540 resolution it will be readable but not crisp. T-Mobile's specs don't mention what kind of panel it is, but it's a safe bet that Samsung used a typical AMOLED. Inside is a quad-core 1.2Ghz processor (probably a Snapdragon 400), 1.5GB of RAM, 16GB of storage space plus a MicroSD slot, and an FM radio, because data plans are for suckers. The rear camera is 5 megapixels, but T-Mobile isn't saying what resolution the front-facing camera has... so I'm going to guess that it's 1MP or lower. The phone includes an LTE radio.

Impressively, the Avant is launching with KitKat plus whatever TouchWiz-style features Samsung felt like throwing on top. These budget phones tend to be behind the door when the software updates are handed out, but at least this one will start with something that's basically up-to-date. The Samsung Galaxy Avant is available starting today on T-Mobile's website and at retail stores.

Nabi DreamTab HD8 Gets An Over-The-Air Update To Android 4.4 With Extra NFC Goodies