At the end of last year, I reviewed BACtrack's police-grade Bluetooth mobile breathalyzer. I came away extremely impressed (and drunk), but it was quickly pointed out in the comments that $150 is pretty pricey for such a gadget. While the price has since dropped to $120, it's still out of many users' reach. Good news! Touch of Modern is selling it for $90 till August 3rd. That's a solid deal. 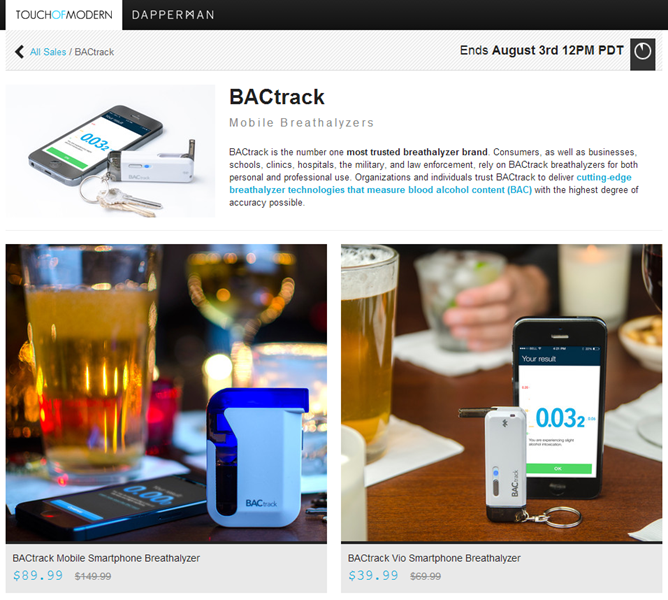 But wait, it gets better. BACtrack recently released a smaller, more affordable BT breathalyzer called the BACtrack Vio. This one isn't quite as accurate as its larger brother, but it's less than half the cost. I actually have one for review, and the full look should be coming soon – hopefully by week's end/early next week. It retails for $50, but it's also on sale through Touch of Modern for $40.

If you're looking for a good way of gauging how intoxicated you are on the cheap  (note: neither the BACtrack nor BACtrack Vio should be used to gauge when it's OK to drive! Call a cab!), this is the deal for you. Head to the link below to grab either one. Or both. Whatever.

Note: If you want to knock another $10 off the first order, use this link.