The Comic-Con special editions of Andrew Bell's Android figurines are always special, and this year is no exception. These limited-edition Heroes & Villains II figures were available in San Diego last week on the show floor, but now you can pick them up in a 4-piece bundle for yourself. It's priced reasonably at $40, which is the same sticker price you would have paid for four regular figures. 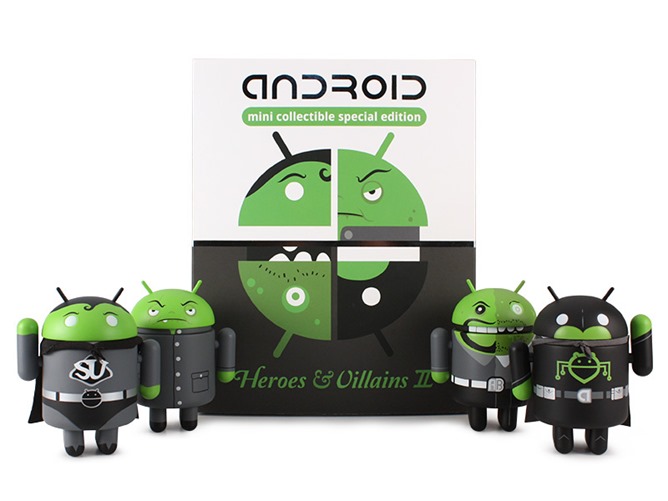 The figures have a comic book theme, but with a suitably technological twist. The Superman stand-in is Super User, with a big "SU" on his costume's shield and a fetching cape. "Bot Man" looks like a certain dark knight with a grey cape and a robot-themed logo and utility belt. The villains A/B Tester and Professor Eval() are pastiches of Two-Face and Bond baddie Blofield (AKA "that guy that looks like Dr. Evil"), respectively.

These limited-edition sets tend to sell out very quickly, so try to get an order in fast if you can. There's a limit of two orders per customer, and you must pay with a credit card. If you can't get an order in fast enough, keep an eye on that store listing - new batches will be posted periodically. If all of your luck runs out, you can grab these new die-cut sticker packs for $8 as a consolation prize.