Announcing Keeper Secure File Storage, the best way to store and organize your private Files, Photos & Videos! Encrypt and upload secret photos, loan docs, passports and confidential files to your Keeper vault. You can also securely share your private files and documents with other Keeper users.

Keeper announced the upcoming changes to the 3-year-old app on its blog last month, but the company is just now getting around to launching them.

Keeper's secure storage system allows you to also share your encrypted data with other Keeper users, and the app has been updated with a camera mode that encrypts and sends any images you take to the cloud instead of storing them locally. Keeper uses a subscription model for its service, and plans start at $9.99 for 10GB of storage.

If Keeper looks familiar, don't be surprised if you're an AT&T customer: the company's app has been standard bloatware on AT&T devices for some time now, and probably explains at least some of that impressive Android install base. 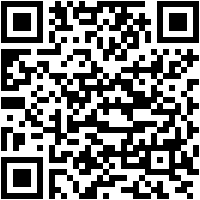