If you use Google Gesture Search, an app that we have largely ignored over the years because, well, Google doesn't exactly do much with it, good news - it's been updated! For the first time in over a year.

Google Gesture Search 2.1.4 adds a new widget that allows you to quickly launch recently used things, and the app now displays as a popup on tablets. There are also the requisite "bug fixes and UI improvements." The widget seems, frankly, pretty damn useless aside from being a widget that displays things you sometimes are prone to doing on your phone, with no apparent logic behind said displayed items. Cool! 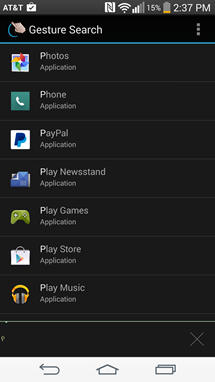 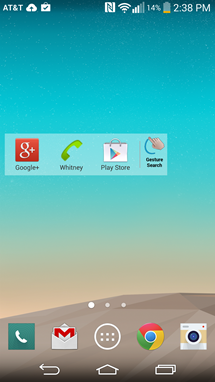 I think it's safe to say that Gesture Search is probably some Google employee's mostly-forgotten 80/20 side-project that gets worked on when their 15 other side projects are not available, presumably under a table during annual department meetings, on a Galaxy Nexus that sits in a drawer for literally 364 days of the year, which I think explains the frequency of updates.

Anyway, head to the Play Store to grab the update, and look out for v2.1.5 next July!