Google's announcement of Android TV made it clear that a final product wasn't ready for store shelves, but it was certainly getting close. While Google is finishing up the software and hardware for an official release later this year, developers have been invited to begin work on their own apps. For most, that means firing up an emulator to test on, but a few have also been granted access to a preview device called ADT-1. Applications for the hardware opened up shortly after the Android TV talk at I/O, and now devices have started appearing for some lucky developers. 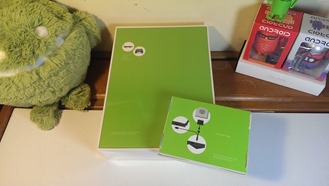 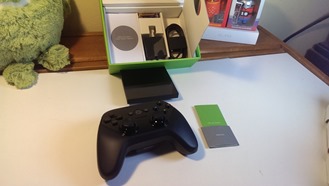 The initial batch of ADT-1 units went to Google partners like Netflix and Hulu in preparation for the I/O announcement, and a second wave was handed out to a small group of I/O attendees. This is the first batch to go out to developers selected for their applications and ideas. Shipments went out on July 24th with 2-day shipping, so packages should have arrived today for those who were chosen. It's not clear if there will be any more hardware going out, but the application form is still online. (Please, only apply if you sincerely plan to build something for the Android TV platform.)

We've still got a while to wait until Android TV launches, but this volley of dev kits should greatly improve the experience for early adopters who won't have to struggle to find great apps and games. No doubt, there will be quite a bit of community development evolving now that several more independent developers have access to the hardware.

As an aside, I now have my own ADT-1 to work with. I have a couple of projects to work on, but I'm looking for more ideas. Feel free to suggest things in the comments below!