Launching the VR Gear setup wizard initiates the process of acquiring the necessary software to use the device. It currently consists of approving the End User License Agreement and downloading a few core apps (VR Panorama, VR Cinema, and the HMT Manager - an early version of the VR Manager). 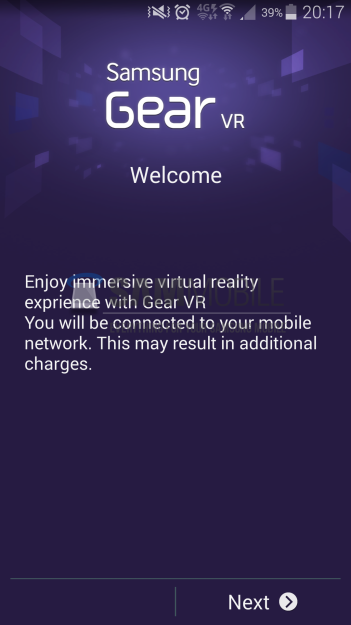 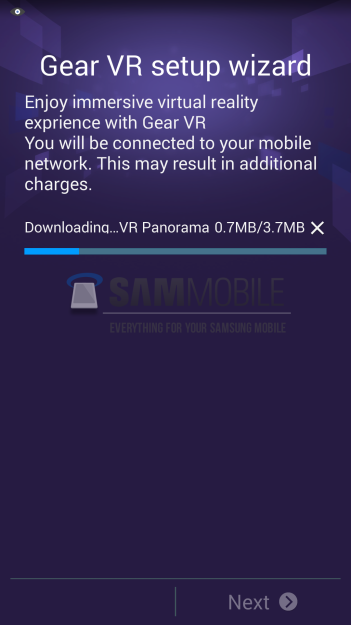 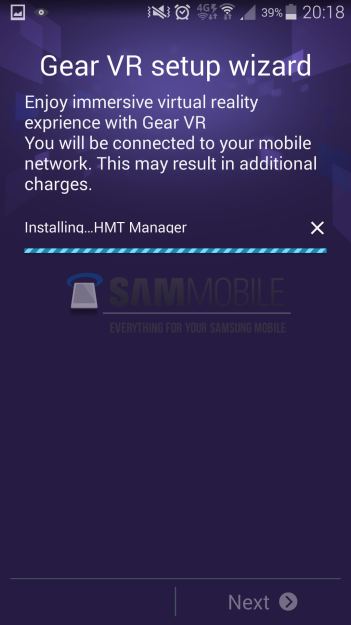 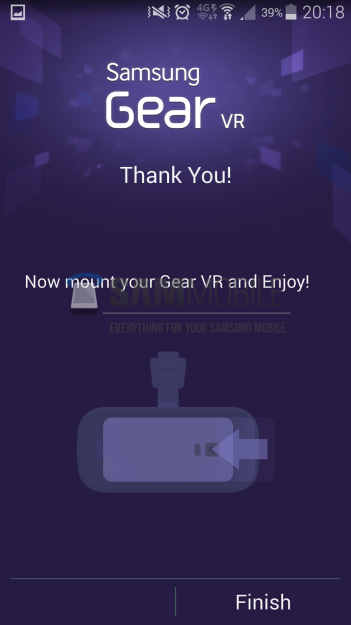 Without the actual headset, SamMobile was not able to dive into the VR Panorama or VR Cinema apps. Fortunately HMT Manager is a different story. In the first screenshot below we see the ability to set up a security lock and an alert that sounds off every hour that the VR Gear is active. There's also an undock alert that chimes when the handset has been removed and shows how to re-dock the device for continued use.

In the five images that follow, we see confirmation of the VR Gear's touchpad and button placement on the right-hand side. We also see how, once docked, the Galaxy phone's touchscreen and buttons will no longer be accessible. All that matters from then on will be the rear-facing camera, which wearers can use as their new set of eyes. 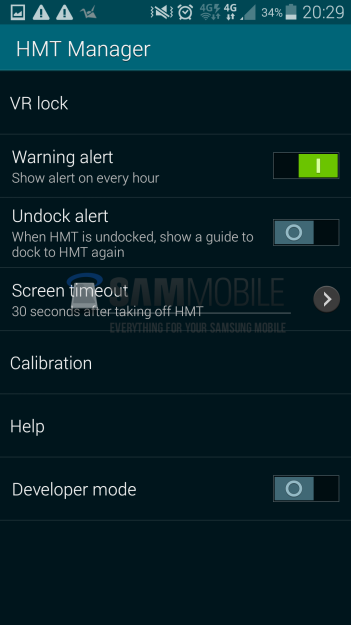 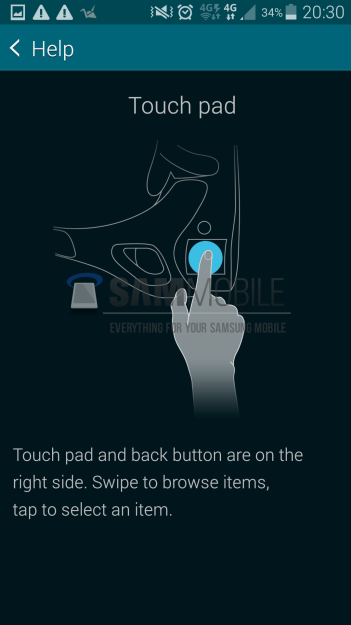 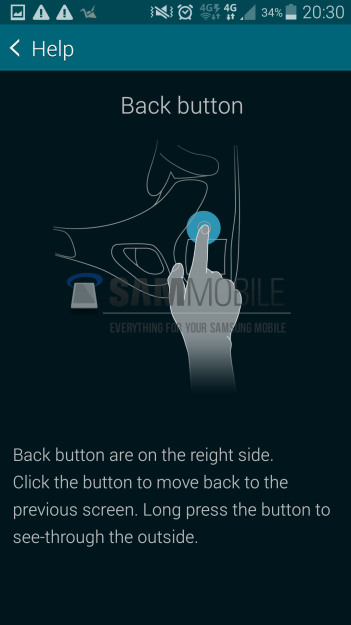 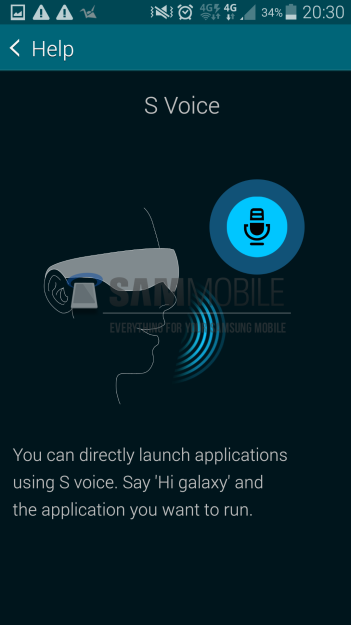 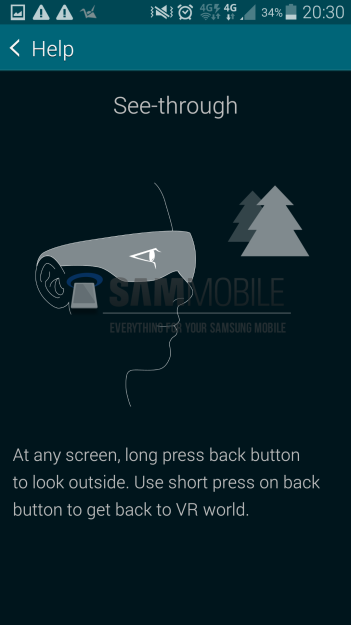 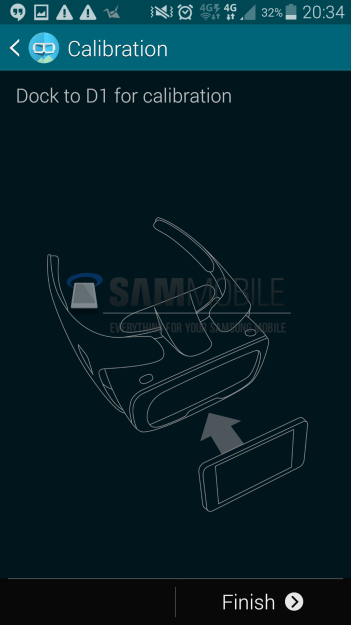 This software is developed by Oculus VR, while Samsung is responsible for the hardware. Look for the development SDK to land soon after the Gear VR's launch at this year's IFA alongside the Galaxy Note 4. Forget last year's Note 3/Galaxy Gear bundle. Samsung is taking wearables to a whole new level this time around (and you're definitely not going to want to wear this one in public).

PSA: The Moto 360 Will Be The First Android Wear Device With An Ambient Light Sensor