Recently, we posted about a new feature Google was testing to help users better "explore" their surroundings, offering more fine-tuned exploration options for a user's immediate vicinity or their destination, with suggestions of what to do in the area based on time of day or conditions. The interface would apparently get its own button in Google Maps' primary view, but the button only appeared for a few users at the time. Today, Google officially announced the feature, which is continuing to roll out to more users.

In an entry to the official Google Maps blog, Google explains that the app's suggestions will indeed change based on time of day or weather conditions, and of course allows users to plan ahead by exploring "nearby" in other areas or neighborhoods.

The functionality has a considerably more refined interface than the old "explore nearby" feature, with refreshing new headers and weather information, and a new card layout that is slightly more conscious of screen space economy. 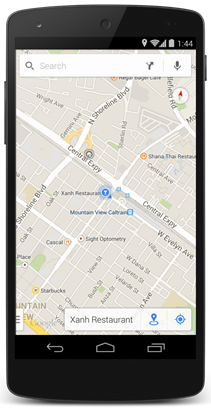 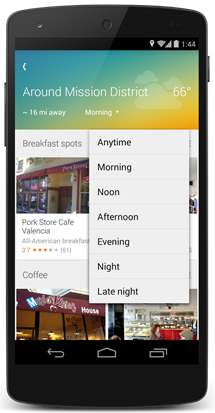 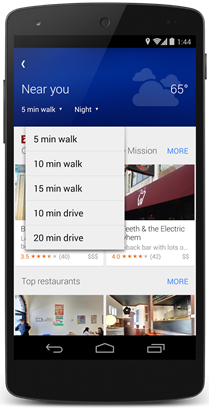 The location-aware goodness doesn't stop once you've decided on a destination, though. The functionality will continue to provide information once you get where you're going, with reviews, transit schedules, and more. 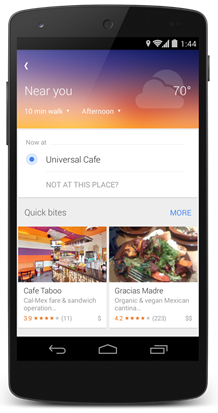 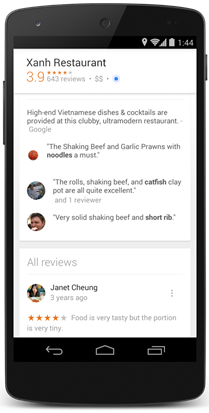 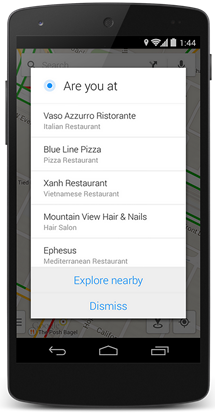 SamMobile Leaks Shots Of The Galaxy Alpha, A Phone Reportedly Made Partially Out Of Aluminum