Welcome to the latest entry in our Bonus Round series, wherein we tell you all about the new Android games of the day that we couldn't get to during our regular news rounds. Consider this a quick update for the dedicated gamers who can't wait for our bi-weekly roundups, and don't want to wade through a whole day's worth of news just to get their pixelated fix. Today we've got an excellent action-platformer (think Mario with swords), a 2D take on Battlezone, a startlingly original puzzle game, and a simplified space strategy title. Without further ado:

Super Heavy Sword is a shiny, happy little Mario clone with a heavy dose of Ghosts & Goblins, thanks to tough multi-hit enemies and equipment upgrades. It's also a good example of how to do a retro platformer right: notice how it uses pixel graphics without making things overly simple or "8-bit?" Yeah, that's nice. Latter levels include tons of collectibles, more playable characters, and the titular Super Heavy Sword. The game is very reasonably priced at $2 with no in-app purchases.

Get Ready to Get HEAVY. Monster Robot Studios presents SUPER Heavy Sword. The sequel to the smash hit HEAVY sword which has been downloaded over 1/2 million times. Take control of Pike or Princess Lucinda and set out to rescuer the kid's 5 kids. explore a massive world with loads to discover. Super Heavy Sword is a Action platformed inspired by nintendo SNES and NES classics like Super Mario world, mario bros 3 and zelda. Super Tank Arena Battles is basically what Battlezone would be, if it was a 2D game with a top-down perspective. Essentially a twin-stick shooter with some motion restrictions (because of the treads, you see) and arbitrary obstacles, the game has simple graphics and levels that will nonetheless overwhelm you with multiple enemies at once. It's not for the faint of heart - no, to finish it off, you'll need to be a magnificent bastard. But you won't need to spend any money.

Fight with endless waves of enemies in this colorful arena shooter. You can play in one of five game modes:

Collect bonuses, upgrade your tank and crush your opponents. Compete in online leaderboard with daily, weekly and all the time results. You will die often... very often... 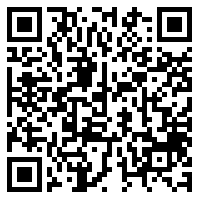 Listen, folks. I do these roundups all the time. About 15-20 games a week make the final cut. You have no idea how many puzzle games I have to look at, most of which get subsequently passed over. So when I say that Watercolors uses an original idea, you can be sure that it is a very sincere compliment. Check the video to get an idea of the color-mixing linear gameplay. The game is free, with reasonable in-app purchases for extra levels and "hints." It even has a special mode for colorblind players... which must have been something of a challenge to make.

Watercolors: the mind-painting puzzle game. Mix red, yellow and blue to paint your way through hundreds of challenging levels. Fill the glowing circles with the indicated color to complete each puzzle. Just wait and see what happens when you combine all three colors, it might BLOW your mind. Keep your mind sharp and have fun playing with colors. Experience the almost magical feeling of dragging and combining colors. 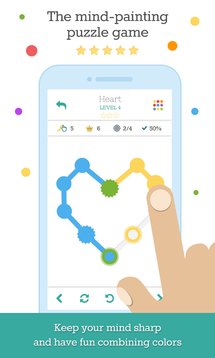 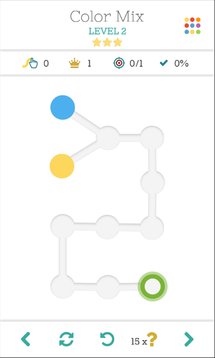 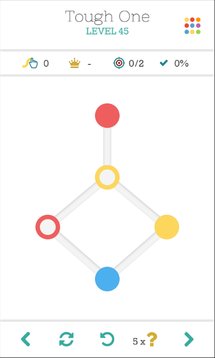 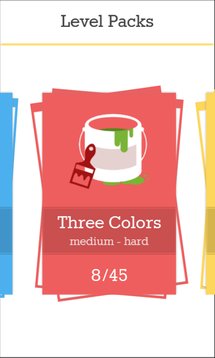 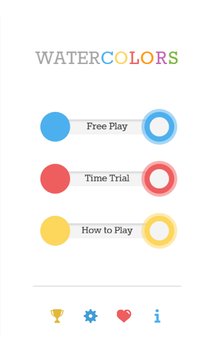 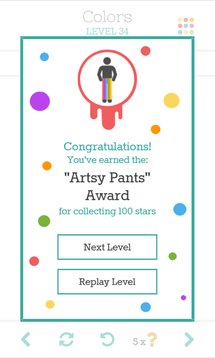 The original Solarmax was a browser game, a sort of mix between a simplified Civilization and Wing Commander: Armada, minus the space combat. In the sequel you'll have to colonize planets, gather resources, and build armies in a real-time strategy style, but thanks to the planet-to-planet format, it's much more streamlined than it might otherwise be. The graphics say "zen," but the bad guys will kill you dead if you hesitate. Solarmax 2 is just shy of $3 with no in-app purchases.

The battle for Earth is over. Now, the war for the galaxy has begun. You must win every battle swiftly, decisively, and permanently. Command our fleet and lead us to victory. Solarmax is a streamlined strategy game of interplanetary war. Colonize planets, build hundreds of starships, and use superior tactics to overwhelm your opponents.