Amazon's Prime Music service, a free add-on for anyone who's already a Prime subscriber, launched to a resounding "meh." The app and service functions well enough, but with plenty of alternatives both free and paid, Amazon's boast of "over one million songs" rang somewhat hollow. As a Prime subscriber myself, I saw it as a nice perk, but it's no reason to stop paying for Google Play Music All Access as well. 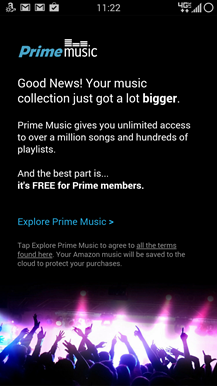 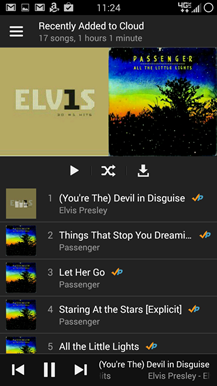 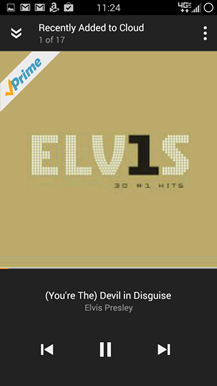 Today Amazon is boosting its song library with "hundreds of thousands of new songs," probably by signing a few more music labels. You might recognize some of the more notable artists:

Amazon is also adding hundreds of new Prime Playlists in an impressively wide variety of genres. I still think the service isn't going to earn Amazon many subscribers on its own - the free two-day shipping and Prime Instant Video do that. But this is a good bonus for Prime users, and might make a decent substitute for a stand-alone service. The app is available for Android (and Amazon's Kindle and Fire devices), plus iOS and the web, but only US customers can listen in.

“The response we’ve had to Prime Music has far exceeded our expectations and we’re excited to make Prime Music even more valuable for Prime members,” said Steve Boom, VP of Digital Music for Amazon. “Prime Music was introduced just over a month ago and we’ve already significantly expanded the Prime Music catalog. Prime members have been telling us how much they love Prime Playlists, so we’re also pleased to offer hundreds of great new playlists to make it easier to enjoy the best of Prime Music.”

Prime Music launched on June 12, giving millions of U.S. Prime members unlimited, ad-free access to over a million songs at no additional cost to their membership. Prime Music is the latest benefit of Amazon Prime and joins unlimited Free Two-Day Shipping on more than 20 million items, unlimited streaming of tens of thousands of popular movies and TV episodes through Prime Instant Video and access to more than 500,000 books to borrow for free with the Kindle Owners’ Lending Library.

Prime members in the U.S. can listen to Prime Music at www.primemusic.com, and on Kindle Fire HD/HDX, iOS, Android, PC, and Mac. Eligible customers who are not already Prime members can try Prime Music with a 30-day free trial of Amazon Prime by visiting www.amazon.com/prime.

[New Game] Gameloft's Modern Combat 5: Blackout Is Out, Costs $7, No In-App Purchases To Be Found