When certain things finally happen, they make us want to search for that hidden ladder that takes people up to the rooftop and scream "Hallelujah," religious or no. This is one of those things. Google apparently no longer requires people with two-factor authentication enabled to sign in twice when setting up a new Android device or adding another account. Better yet, this change doesn't require Android L or anything fancy. Here's a video of the magic taking place on an HTC One M8.

Previously, after typing in an email address and password for the first time, Google would kick people with two-factor authentication enabled out to a web prompt where they could type in the code that they had received from either an app or a text message. Annoying, this prompt first required users to retype all of the credentials they had just entered immediately prior. Now when Google pulls up the webview, it skips straight to the page asking for the verification code. 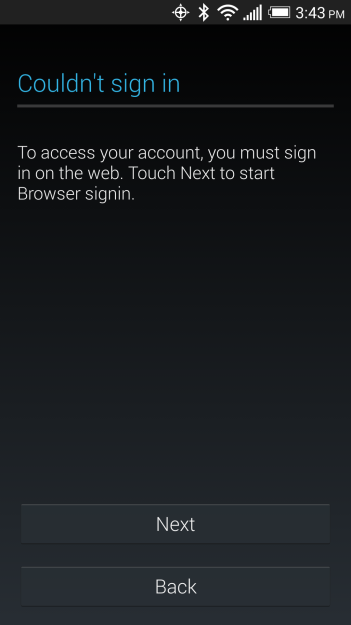 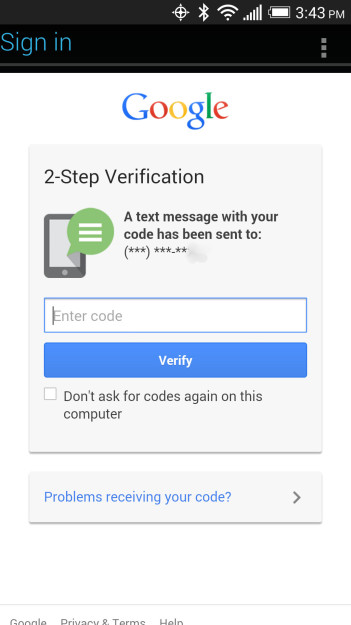 Yes, while the many people out there who haven't turned on the extra layer of security sit there and wonder what all the excitement is about, those of us with two-factor authentication are cracking windows and monitors everywhere with our ecstatic cries of joy. Now when we pick up yet another new device that we probably didn't need or wipe something that was working perfectly fine for the eleventh time, we can save ourselves the precious few seconds it takes to retype even the most complicated of passwords a second time. It may sound like I'm mocking people here, but no, trust me, I understand. This is a big deal, and I am happy too.

Now which of my devices do I feel like wiping...