So, a tiny little screen thing that's kind of like a phone but not a phone and is also strapped to your arm screams for a few very specific uses, and one of them is a remote control for your phone's camera. We've already seen at least one Android Wear camera remote, but that one was more of a proof of concept than a full-fledged tool. PixtoCam takes the basic idea that's been around for longer than mobile phones and adds some notable improvements.

First of all, the remote viewfinder works in both photo mode and video mode, making it infinitely more flexible. It'll also work as a remote screen in a pinch, say, for when you've been hitting the Coors hard and you have to go for a call of nature just when the Broncos are in the red zone. Other handy tools include activation while your phone is asleep, switching between front and rear cameras, a remote switch for the LED flash/torch, and a battery and charging readout.

The developer is calling for feedback on Google+, and considering how much has been done so quickly, I'd say that any reasonable request has a fair chance of being implemented in a future update. PixtoCam is a reasonable $1.99 on the Play Store, and works with any combination of Wear and a 4.0.3+ phone or tablet, though some devices may not be able to remotely transmit video previews. 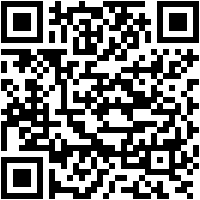 [New App] Craft With Android Wear Support Puts Minecraft Recipes Where They Belong: On Your Wrist