LevelUp lets customers pay using their mobile phones at thousands of businesses across the country. The company's app simply opens up a barcode that, once scanned, handles the transaction. To make things even easier for users, an update is rolling out that adds support for Android Wear. So instead of scanning their phones, Wear device owners can have establishments scan their wrists instead. 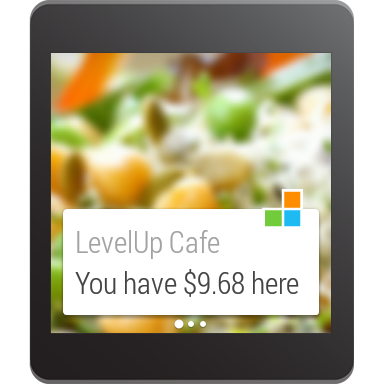 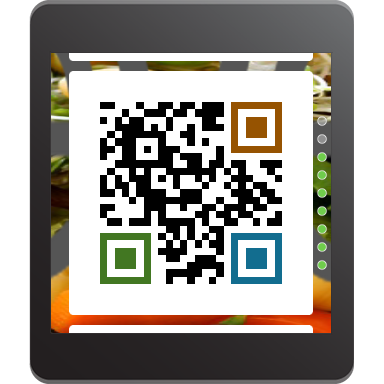 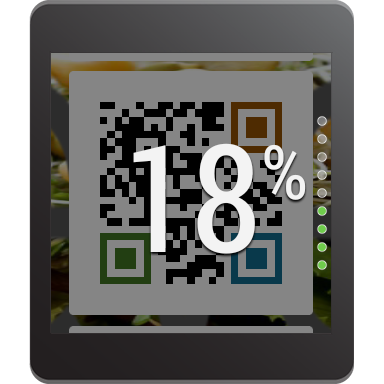 The Wear app can shoot out a notification when wearers enter a place where they frequently pay with LevelUp, and, with a swipe and a tap, lets users open up the payment screen. Unfortunately LevelUp can't help with all the questions that will flood in once someone starts going around paying with their wrist. What do you mean, it's merely paired to your Galaxy S5? You can pay with your phone!? 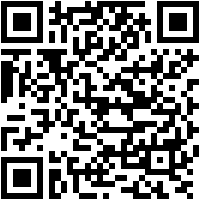 Coffee With the Flick of a Wrist? You Got It

BOSTON, MA--(Marketwired - July 18, 2014) - Thought paying with your smartphone was futuristic? Well, now you can pay with your smartwatch too! The future is coming, and here at LevelUp, we're just a little bit too excited about it.

Today, we're announcing the launch of our LevelUp application for Android Wear™. LevelUp for Android Wear will enable smartwatch wielding customers to simply scan their wrist to pay at any LevelUp merchant.

"Over 1.5 million LevelUp users can now pay with their smartphones at over 14,000 locations. But, what we really always dreamed of was being the largest smartwatch payment network," said Seth Priebatsch, Chief Ninja of LevelUp. "Unfortunately, the technology was never there. Today we get one step closer to realizing that dream."

LevelUp for Android Wear is simple. After users download the newest LevelUp Android app, it will automatically push the LevelUp for Android Wear app to their smartwatch. Then, when they get near their favorite LevelUp merchant, it will prompt them to ask if they'd like to pay. Tapping on the smartwatch screen or saying, "OK Google, start LevelUp" will display their LevelUp QR Code. Users can even swipe up and down to set a tip. Then, they just scan their wrist at the LevelUp scanner and seconds later will receive a push notification receipt, also displayed on their watch.

"I was totally ready to adopt mobile payments, but then the thought of having to reach into my pocket to pull out my phone each time was just too much," said one LevelUp user. "My local coffee place takes LevelUp, but the thought of exerting that much effort before my morning caffeine was exhausting, you know? But now, with LevelUp for Android Wear, I can pay with my wrist, and that's really more the effort level I'm looking for."

LevelUp for Android Wear works anywhere LevelUp is accepted and runs on all Android wearables, like the LG G Watch, Samsung Gear Live, and the upcoming Moto 360. Like LevelUp, the Android Wear app is totally free.

"The first time I saw a customer pay with their wristwatch I thought they had to be messing with me," commented one somewhat confused LevelUp merchant. "But then I ran the transaction like normal and it just worked. What will these people come up with next? My customers clearly love it, but I'm way too old for this %#[email protected]"

Want to be part of the smartwatch payment revolution? (Silly question. Of course you do!) Simply download the LevelUp app for Android and it'll automatically install LevelUp for Android Wear on your synced smartwatch. Then just head to any LevelUp merchant and instantly become the coolest person buying coffee.

Customers Frustrated At Lack Of Extra Chargers For The Gear Live And G Watch - Samsung Will ...

After Pressure From The European Commission, Google Will No Longer Call Games With In-App ...