Manufactures have been scaling back the included extras that come with hardware for a while now - you won't find included headphones or cases with any of the latest flagship phones. But you can generally rely on getting a USB cable and a wall-wart charger at least. Such is the case with the current Android Wear devices, the LG G Watch and the Samsung Gear Live. But if you have one, you'd better hold onto that charger like it's made of gold, because it might as well be. At present there doesn't seem to be any way to get a replacement. 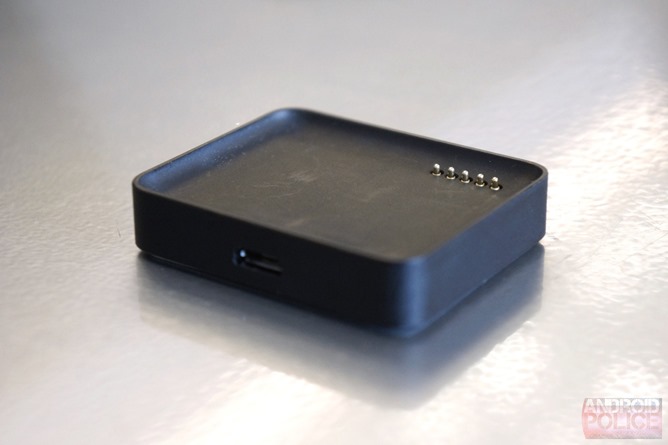 Both the G Watch and the Gear Live use proprietary chargers, or rather, proprietary dock/cradle devices with pogo pins that then plug into a standard MicroUSB cable. Multiple threads on Reddit are despairing the fact that there is currently no way to get a replacement cradle for either watch. This leaves owners who break or lose their cradles in a tight spot.

There are no extra options for Wear chargers or any other accessories in the Devices section of the Google Play Store, and resellers like Best Buy, Verizon, and AT&T don't have any in their online catalogs. But it looks like owners of the Gear Live may be able to get at least some help soon. Android Police reached out to both LG and Samsung for comment on the situation.

We haven't heard back from LG, but a Samsung representative had this to say:

Customers can contact Samsung Customer Care for support. Samsung are planning to sell the charging cradles through Samsung.com and Best Buy.

We will update this story if LG responds. Note that Samsung's quote doesn't guarantee a replacement, at least not for free, but then that isn't the case with a standard phone charger either. We'll let you know when the replacement cradles become available from Samsung.

Amazon Introduces Kindle Unlimited, All The Reading (And Listening) You Can Handle For $9.99 A Month