There are uncountable multitudes of weather apps in the Play Store, which makes Earth Networks' latest move all the more perplexing. The company has removed its popular WeatherBug Elite app from the Play Store, much to the chagrin of paying users. We reached out to Earth Networks looking for specifics about the removal, and have learned that there will only be a single WeatherBug app going forward, and it will offer an ad-free experience in the form of an annual subscription. 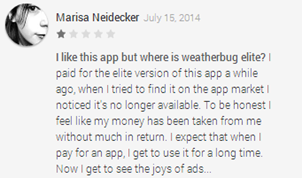 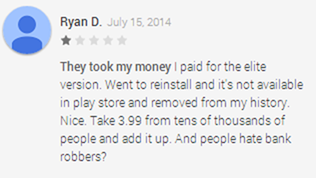 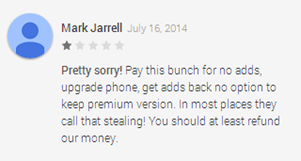 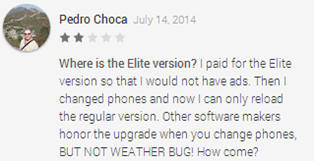 To be clear, the WeatherBug Elite app is completely gone unless you have the direct link, but it won't be updated anymore. I had to dig around to find the package name, and it only shows up if you previously bought it. It should also be in your app list, but good luck finding it. There are some angry reviews (just a few of which are embedded above) accumulating on the remaining free version from users who previously paid for the ad-free version, which sold for $1.99-2.99, depending on when it was purchased. Earth Networks tells us the subscription service will remove ads from the free app in the form of an in-app purchase, presumably a Play Store subscription. It will be annual, not monthly, but the price is not clear. What Earth networks told us:

Anyone who already has already purchased WeatherBug Elite can continue to use it. They just won’t have some of the newer features, such as the photo gallery and the redesigned Spark tool.

We’ll be bringing back the ad-free version, and that will require an annual subscription (not a monthly) via an in-app purchase.

It's hard to imagine there are many people interested in a subscription to a weather app just to get rid of ads. Not to mention, WeatherBug hasn't been any better than competing apps for a while now. Going this route is also going to result in a lot of hate from paying customers who want the Elite app back. It's not a lot of money in the grand scheme, but still a shady thing for Earth Networks to do.

As you know, a lot of effort goes into updating any app. And like many app developers, providing continued updates on a pay-once app was not economical for us since we must continue to expand our network and add new safety features. We decided to focus our energy on the free WeatherBug app. But we’ve seen lots of demand for an ad-free version. We haven’t worked out all the details, but we want to keep the cost of the annual subscription low while still being economically feasible for us. 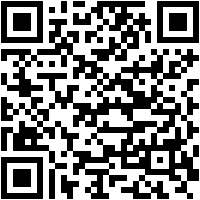