The Chrome developers have released a new version of their browser that may not have a particularly exciting changelog, but it does lead to a better browsing experience. Version 36 should make text on those websites that don't have a mobile alternative render somewhat better. This, combined with non-specified performance improvements and bug fixes, should result in more enjoyable browser use. 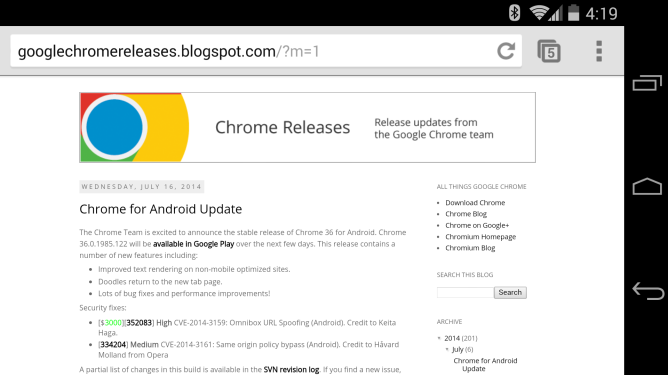 Text rendering on a non-mobile website using a previous version of Chrome. 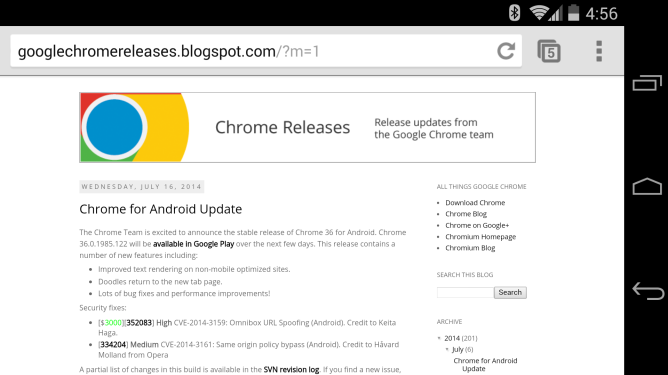 Update: And here's an "after" shot. Have fun noticing a difference.

These niceties are joined by some security fixes as well as a desktop Chrome update that shares the same version number despite its different changelog. I'm not going to go into any detail on what Windows and Mac users can expect since we aren't the Windows & Mac Police, but you can read on at the links below.

LocalCast Gets Materialized In v3.0 Update, And It's Looking Pretty Good