Welcome to the latest entry in our Bonus Round series, wherein we tell you all about the new Android games of the day that we couldn't get to during our regular news rounds. Consider this a quick update for the dedicated gamers who can't wait for our bi-weekly roundups, and don't want to wade through a whole day's worth of news just to get their pixelated fix. Today we've got an incredibly detailed flight (and only flight) simulator, a 3D tactical RPG, and an endless skater. Without further ado:

A true flight combat simulator would have about sixty seconds of pulse-pounding combat hidden somewhere in ten hours of training and another two hours of paperwork. This game has incredibly painstaking graphics and simulations... but all you do is take-off and land. Granted, the game has 30 missions and 10 planes (including the F-35, which presumably can't get off the flight deck), hidden behind in-app purchases in the free version but available in full in the reasonable $6 full version.

Flight simulator for mobile devices. The most advanced aircraft carrier landing system ever created. Landing on an aircraft carrier is one of the most difficult tasks a pilot has to execute. The flight deck is only 150 meters long, just enough to stop the aircraft. Accept the challenge, take on over thirty missions in the world's most dangerous and spectacular scenarios and join the best Top-Gun pilots. Take control, climb into the realistic 3D cockpits and fly the most famous military aircrafts, faithfully reproduced. 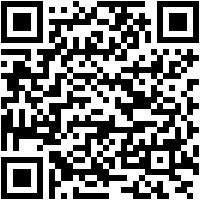 Since Square Enix seems hell-bent on making us wait decades to play Final Fantasy Tactics, this might be as close as you can get. It's got the usual isometric turn-based RPG party combat, but also includes 3D graphics (approximately N64 level) and online multiplayer. There's a basic story, but the clear draw is online multiplayer... which will inevitably be skewed thanks to the currency-based in-app purchases.

Rally your Heroes. Plan every move in this FREE tactical RPG with stunning 3D graphics. Adventure across the realm or take your fight online to challenge the world. Set in a land on the brink of war, Lionheart Tactics pits your Heroes against hordes of enemies in turn-based combat. Unlock their Skills, unleash their Limit Breaks, and upgrade them from Recruit to Legendary. Forge your own story as you travel from the wild hills of Midland to the frozen Splinterpeaks, uncovering new allies and epic weapons along your quest. 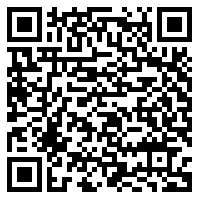 The skating genre on consoles is infamous for knuckle-twisting button combinations, so maybe this developer can be forgiven for going simple with a new mobile game. Transworld has the speed and the atmosphere to match bigger and more complex games, mostly thanks to the music and the real-world pro skater avatars. But this is a free-to-play title, so prepare to grind (in the not-fun sense) until you're one giant scab or pay for the in-game currency. At least there's a $2 option to disable the ads.

Flip, Grab, and Grind your way to the longest runs and highest scores in Transworld Endless Skater. Choose from five top pro skaters, each with unique skills, trick lists, and goals, as you play toward getting them on the cover of Transworld Skateboarding Magazine. Endless levels challenge you with an ALL NEW endless way to play - Target Score. Pile up as many points as you can, hitting score targets to add extra time on the clock. How long can you last? 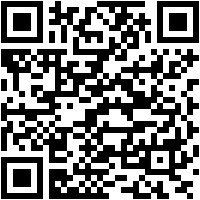 [New Game] Magic (The Gathering) 2015 Brings An Updated Roster And Online Multiplayer To The ...

AllCast Is Now On The Amazon Appstore, Giving You Something To Use All Those Free Coins On