American readers might not know this, but HTC just loves the Desire brand name. It's been around since 2010, when the original launched as a slightly modified version of the Nexus One. Since then it's gone through many permutations, like the keyboard-equipped Desire Z (the G2 in the US) and got at One X-style makeover with the Desire X. The 601 brought the family up to the HTC One M7's industrial design, meaning the name has survived two of HTC's complete hardware overhauls. Now for the first time in years, we're getting a Desire in the US, courtesy of AT&T. 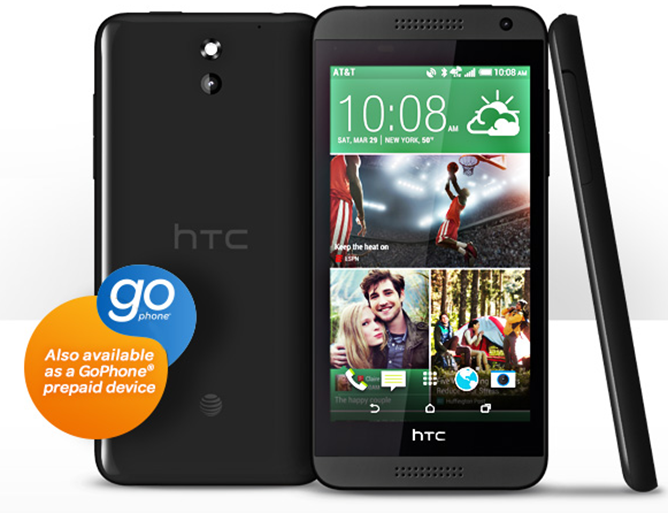 The line has gradually shifted the the budget market, and the new Desire 610 fits well below the HTC One Mini 2 as a starter or contract-free phone. When it launches on AT&T on July 25th, it will cost just $199.99 without a contract, and prospective buyers can split that up with a NEXT payment plan or buy it as a prepaid GO Phone. Though the Desire 610 shares its looks with the latest One family, including a minimalist case design, front-facing speakers, and virtual nav buttons, its hardware is in line with its low price. AT&T isn't all that keen to talk specs, but the international model uses a 4.7-inch 960x540 screen, a Snapdragon 400 processor and 1GB of RAM, 8GB of storage plus whatever you put in the MicroSD card slot, and 8.0 and 1.3 megapixel cameras on the back and front, respectively. The non-removable battery has a 2040mAh capacity.

The 610 does have an LTE radio (with AT&T bands, of course), which isn't a given at this price point, and it's packed with Android 4.4 and Sense 6. It seems like a decent deal for those on a tight budget, though the low RAM and battery power are going to force some compromises. Considering the fact that AT&T's on-contract phones rarely go above $199.99, even for brand-new flagship devices, one might just be tempted by the contractual ball and chain.

[New Game] In The Free-To-Play Game Of Thrones Ascent RPG, The Lannisters Aren't The Only Ones ...