The world was a whole lot simpler back in 1999 – the economy was doing fine, MTV played music, and the Matrix was much less ridiculous without all that weird pseudo-philosophy from the sequels. There's a new watch face that can take you back to those relaxing days each time you look at your Android Wear watch. Yes, a Matrix watch face.

When the screen is awake, you get the iconic falling code and a green clock. While asleep, you get the same clock in white with a standard black background. I'll leave the aesthetic judgments up to you. Just know this is a thing you can have on your wrist (and it's open source).

The app is listed in Google Play, but be aware, like many of these early watch faces, The Matrix face doesn't take into account taller cards. The cards from most messaging apps will block part of the clock. There's still an SDK thing to be worked out on Google's end. 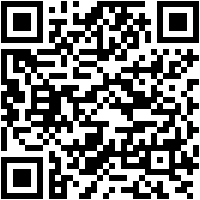