Lockitron is a crowd-funded "smart" door lock that aims to let you control your home or office door lock with your smartphone. And now that Android Wear is available, some developers won't rest until every facet of their phone is tied into their watch. Thus, Wear-a-tron, which allows users to activate the unlocking function of the official Lockitron app via a Wear extension. It's available for free on the Play Store.

The Lockitron app itself is pretty simple: just log into the company's server, select which lock you want to access, and you can control it via WiFi, NFC, or Bluetooth LE on compatible phones. Wear-a-tron simply uses the Lockitron API to send an unlock code from your phone (where the lock UUID is stored) to the lock itself. If it's in your pocket, that probably means it will be going out over either WiFi or Bluetooth. After starting the app with the "start Lockitron" command, you can lock or unlock the door. 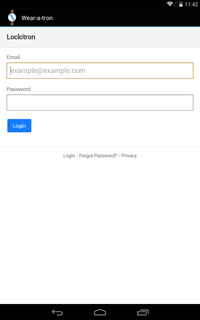 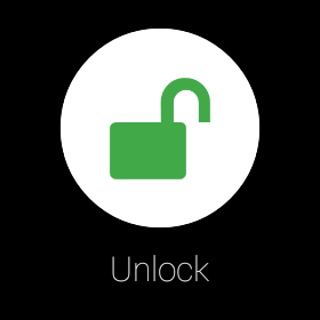 The Wear app currently doesn't delve into the deeper functions of the connected lock, like giving out limited guest passes so friends can unlock the door with their phones. But the developer is working on some interesting new features, including an automatic geofence that will make the Wear-a-tron app pop up whenever you return to your front door. You can check out the latest beta builds after joining this community on Google+.