When we first wrote about Quantum Paper (the internal name for the material in Material Design), we noted that Google was anticipating a series of updates to its own apps between the introduction and completion of the new design direction - updates which would bring the apps a bit closer to the new design style in a progressive fashion, so that the apps wouldn't undergo fundamental transformations overnight.

Looking back, it is now obvious that Google+ was our first taste of material design, followed by Google's editing apps like docs and sheets.

In the same vein, we've received information indicating that Google's makeover of the Play Store is well under way. Happily, we're also able to share some images this time around.

The comparisons you'll see below show the state of the Play Store's refresh as it is right now. It's worth noting that this is pre-release software, so anything could change leading up to an official release. So far, only content listings appear to have changed significantly, so that's what we'll be looking at in this post.

What is clear from the shots, though, is that the Play Store is moving closer to compliance with Google's Material Design guidelines, and that the content listing layout is evolving to put content at the forefront, with other information to follow. 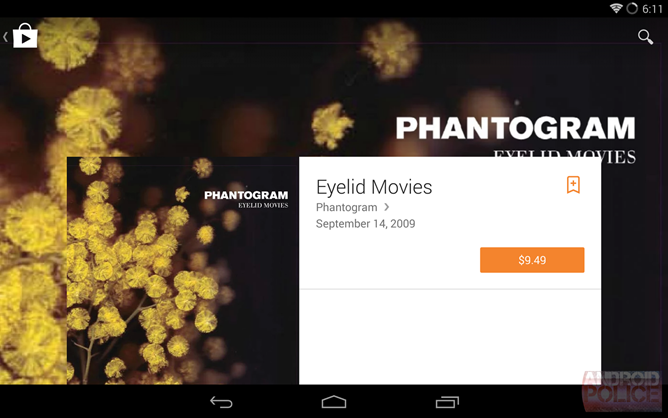 Above: Album listing with full screen artwork behind main interface

Listings are now more immersive and colorful, using hero images where appropriate. Apps and games use the hero image or promo video developers have already uploaded to the Play Store, while movies use their respective trailers, and books and magazines use an expanded header, since their covers are usually portrait rectangles which wouldn't translate well to an immersive hero image.

All of that said, let's take a look at some shots from the tablet interface. On the left are shots of the current Play Store, with the screenshots on the right showing the current progress on the Play Store's refresh. 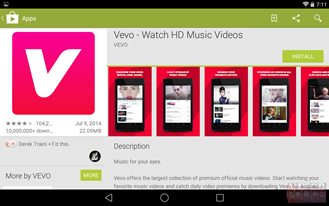 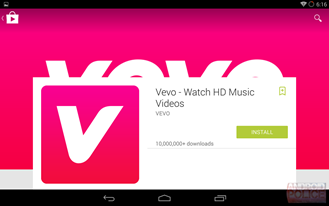 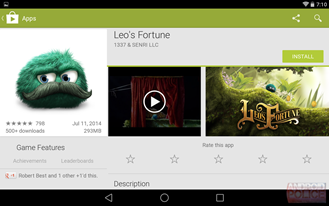 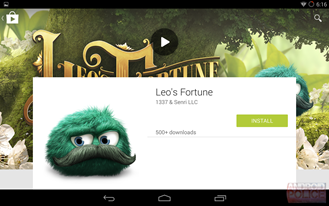 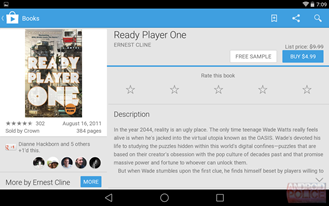 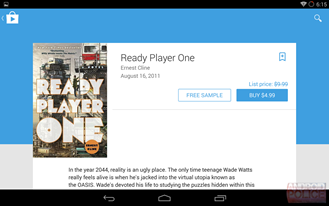 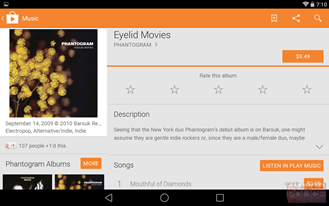 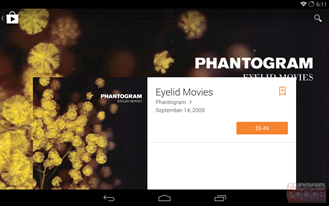 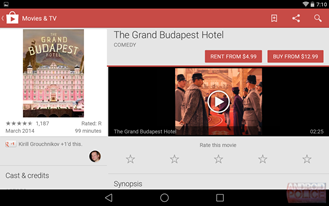 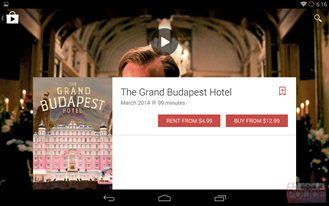 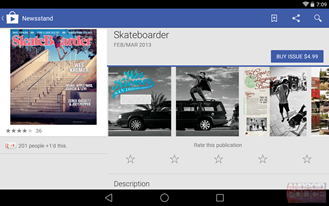 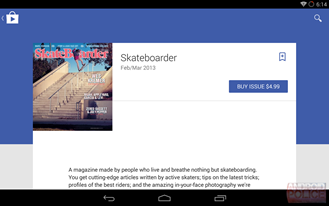 To anyone who watched the design sessions from this year's Google I/O, the last screen should look familiar. The Grand Budapest Hotel listing in particular was shown off during a session about Material Design in Google Play, and the demo screen looks extremely similar, but carries a considerable lot of information compared to what we see above. For reference, here it is (grabbed from the YouTube video here): 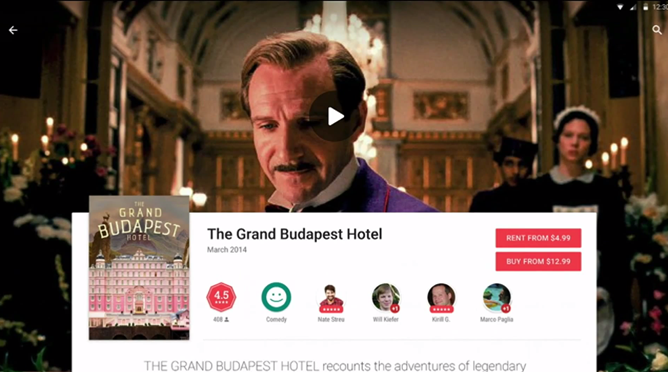 The story is much the same for the Play Store's phone interface as it stands now - hero images (or videos, as the case may be) take center stage where appropriate, with Books and Newsstand items again being the exceptions. Below, you'll see the current Play Store on top, and the in-progress version below that.

The initial view of each screen tells the real story, but what's below that? It appears the rest of the listing layout is getting a refresh as well - there's more white space, more careful use of typography, and the content description (and ostensibly the "what's new" section) expands into a full-screen view. The reviews section has been made more colorful to match its web counterpart. At the very bottom, users will notice new iconography (like the tiny flag for inappropriate content). Again, we'll look at the current version on top and the in-progress version below that.

On top of everything else, there's another interesting facet to these shots - interacting with content listings has changed significantly. Currently, the ability to share an app or other content lives in the action bar, but in these shots, it is in a row below the review section, along with the wishlist button and - curiously - the Google+ button, which itself is more sparse. It shows the number of individuals who have "plussed" an item, but right now doesn't appear to show the user who those individuals are. If I had to speculate, I would say that this is still an area of exploration, and that the Google+ interaction won't be forever relegated to a spot somewhere below all the content that's actually relevant to the listing.

Ultimately, it's impossible to say how close these interface changes are to release. While we expect an incremental refresh in the run-up to a fully material interface, it's also possible that an update won't surface until Fall, when the rest of Google's apps are slated to get their own facelifts with the release of L. As always, anything is possible.

Babak Parviz, The Guy Behind Google Glass And The Smart Contact Lens, Leaves Google For An ...