There comes a point many, many months after the release of a new version of Android where devoted users just can't quash the desire to get their hands on an even newer version. A preview of Android L is already available for download, but unless you are willing to flash your device and put up with any number of potential bugs, I wouldn't recommend installing it on a phone you actually need to use. But this doesn't leave you without options. The talented folks behind TeslaCoil have sprinkled some of Android L 's style all over the latest version of the Nova Launcher. They've slowly added these features into the beta since L's debut, and now things are ready to go stable.

Changing a launcher can't hit apps with the Material Design stick, but it can swap out old app animations for those that have not yet arrived yet. Selecting the L option will cause apps to pop out from the bottom of the screen upon selection and return when exiting (nicely summarized as "Slide Up" in Nova's settings). 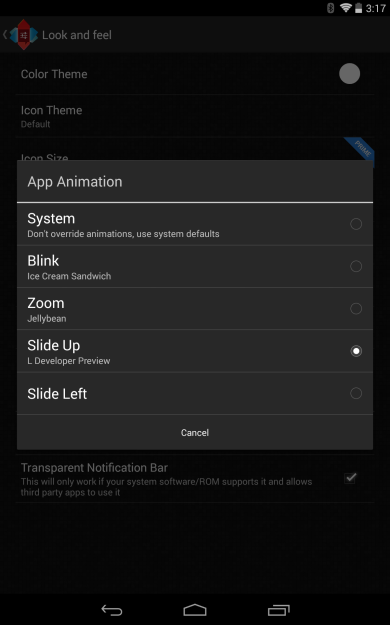 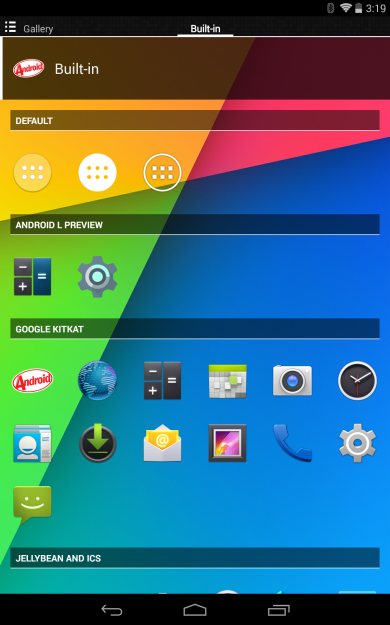 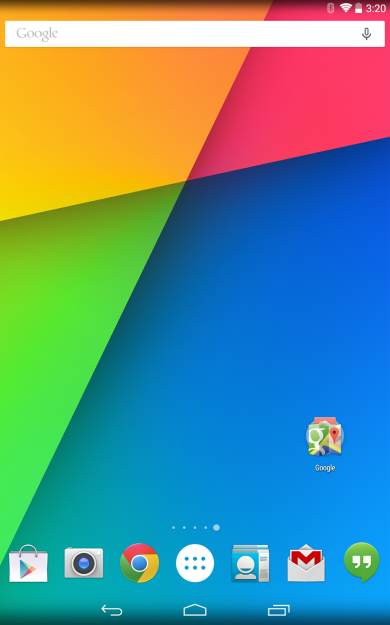 With a few taps, users can swap out that KitKat app drawer for a flat, solid white L one. Under settings, there's the option to give the search bar the same treatment as well. And those folders? Nova's L setting arranges those into a nice line.

This isn't the full L experience, but it lets users get a taste without having the risk of breaking anything. Is it enough to tide people over until the final release? Probably not. But at least it will let people get to taste L on the vast number of Android devices that have no hopes of ever getting an upgrade.