Google designed Android Wear around Google Now and notifications, but developers are hard at work extending additional functionality. One such effort is Wearable Widgets, which just added support for Wear in v2.0. It was previously only for Glass and the Sony Smartwatch. Basically, it sends a widget from your phone to your watch. 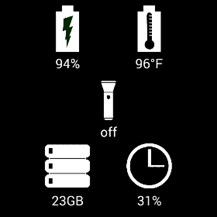 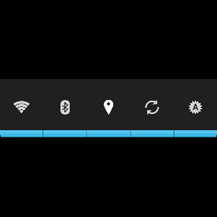 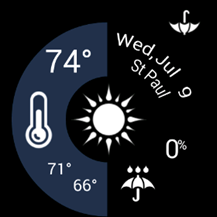 You can pick any widget from your phone, even if it makes no sense to have on your watch. Just tap the Wearable Widgets card, and the widgets come up. I have a few quick screens above of Elixir 2, the standard power control widget, and a 1Weather widget (I'm sure you can come up with better uses). Obviously square-ish widgets make the most sense, but even the buttons on the power control widget are usable on Wear. These are directly mirrored from the device, so you're seeing the system information from the phone in Elixir above, for example. That's neat if you don't want to pull the phone out. All the button presses on the watch translate to your phone, so if you tap on a story in a news reader widget on the watch, it opens on the phone. 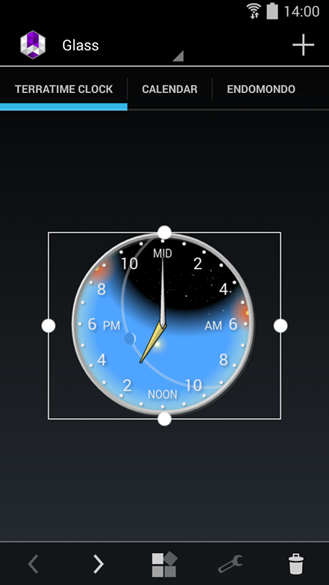 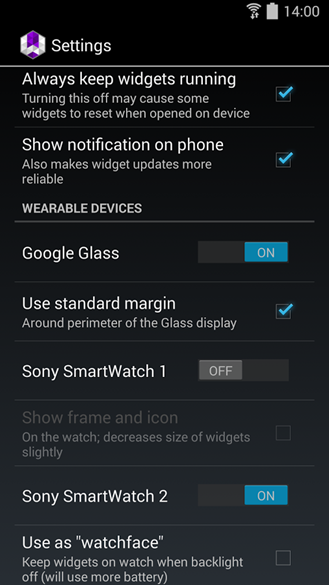 In addition to the issues with a very different screen ratio, scrollable widgets don't seem to work properly. Some widgets are also far too information-dense to be clear on a tiny watch screen. Wearable Widgets is really neat, but I'm not sure how practical it will be in daily use. You can give it a shot for free, but adding more than one widget requires an in-app purchase of $1.99 for a premium license.