Yesterday, Google's Camera app was updated to add a pretty handy remote shutter feature that can be used on a paired Android Wear wristwatch. But what if you're packing some serious camera equipment –let's say, something in the Canon EOS family– and you'd like to appear in some of your own shots from time to time? Chainfire has you covered with the latest update to his incredibly powerful DSLR Controller. Not only does the new version offer a remote shutter button on Android Wear, but it's also sporting some big improvements to the Timelapse feature, new white icons and faster wi-fi transfer speeds on KitKat, and fixes for the way SD cards are handled on KitKat and above.

Serious photographers are probably going to be most excited by the improvements to the Timelapse feature. It's now possible to make changes to shutter speed, exposure, and ISO speed without cancelling a timelapse series while it's in progress. Additionally, the app pulls a thumbnail of the last photo from the camera and highlights the overexposed and underexposed pixels, making it easier to dial in your settings between shots.

KitKat users are going to see most of the other improvements. To begin with, the notification icons have been updated to conform to KitKat's all-white motif. Wi-Fi transfers are also going to speed up thanks to support for TDLS, a feature added in KitKat that allows two devices on the same network to create a direct link to each other separate from the access point. The options for using TDLS are currently a bit limited, but the potential speeds are pretty great.

This update also brings some adjustments to the way files can be saved on to expandable storage devices like SD cards and USB flash drives. As many of us know, Google changed the rules on "secondary external storage devices" so that write-access was only granted to system apps. The change technically occurred in Honeycomb, but this implementation was usually reversed by OEMs until it was made a formal requirement in KitKat. At that time, apps were also granted a private folder on SD cards where they could store data, if the developer chose to. DSLR Controller now supports saving to that folder, allowing users to store photos to that location if they are not otherwise allowed access to any other part of the SD card. It's important to note, KitKat removes that folder if the app is ever uninstalled, which means photos should be backed up to another location if there is ever a reason to remove the app. Users are still free to save photos to any location on the device to which the application has write-access.

Finally, support for Android Wear has been added. When the app is active on a phone, a card appears on Android Wear with a button to activate the camera shutter. This feature was built with the Notification API, so it's not quite as streamlined as Google's native app. However, Chainfire tells me that a native app is on his to-do list (along with a new icon), so we can expect some more improvements down the road. At this time, the photo can be taken instantly, or with a 5 second delay. 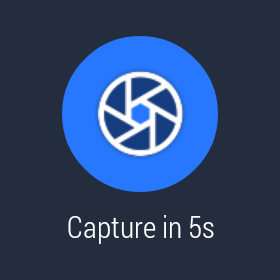 This version of DSLR Controller should have finished rolling out to the Play Store, so an update should be waiting for current owners. If you have a compatible camera but haven't already picked up the app, hit the widget below to check it out! 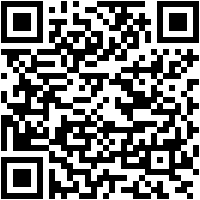