Android L is going to be the biggest thing to happen to the platform since at least 2.0 – maybe even ever. Google is radically altering its design language and adding a ton of new features this time. Not only did we get a quick tour of the new OS at Google I/O a few weeks ago, Mountain View released a developer preview, which it's never done before. This is truly a new era for Android, and we've been keeping track of every little detail (some might say obsessively). Now that the developer preview has been mined for all the news it has to offer, let's have a quick recap. 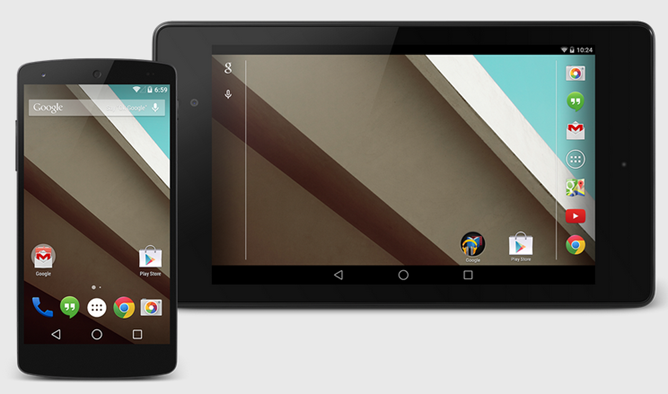 While it's not technically a "feature spotlight" post, Liam's analysis of Material Design is a must-read if you want to know more about the direction Google is taking Android design. Material Design is colorful, bold, and dynamic – everything Android needs to be going forward. The floating elements and subtle shadows combine to make Material something to be truly excited about.

Not sold on Material Design? Okay, you can turn off the Material theme on the keyboard as some sort of protest. Fight the power.

There are a number of smaller design changes to Android L that we've come across, including changes to the translucent UI, keyboard selector, and the document-centric multitasking UI. The latter appears to be the beginnings of Project Hera, which we have covered in great detail.

Having access to the developer preview allowed us to go in-depth with a pre-release version of Android in a way we've never been able to before. Android L (whatever it is eventually called) will probably work a bit differently than what we have now, but there are a number of big, headlining features that I'd expect to remain mostly intact for the final release. One of those is definitely the redesigned Android lock screen with notification access, even for secured devices. It's awesome, and makes a ton of sense along with Android's smarter card-based notifications.

Everyone is going to be tickled pink to finally have a true native "do not disturb" mode in Android. It's accessible from the Quick Settings and has a scheduling feature. The new adaptive brightness mode is also wonderful – you can change the brightness level, but still have the phone raise and lower it around that point based on ambient light.

There's more completely new stuff in Android L with somewhat limited appeal, but we're not quite talking about super-deep developer stuff just yet. A better camera API, USB audio, and so on – all important for the people who need them.

Not everything of note in Android L is completely new to the platform – some of it is just about more convenient placement. Most of this is a bit more minor, but still some good time-saving features.

And now we come to the little things. Google would never bother mentioning this stuff on stage at I/O, but the developer release tells all. It would not surprise me if some of these tweaks are implemented differently in the final build.

If you are a developer or have aspirations to be one, these are the feature spotlights you'll want to pour over. There are some big changes coming in the way Android apps access the camera, run in the background, and improve enterprise features. If everything goes as planned, average users should see the fruits of these changes without worrying about how it came about. You're not average, though, are you? Might as well read up.

Well, that's it – everything we know about Android L in 30 or so links and a few thousand words. There will be plenty more news in the run up to release, but this is the future of Android.