Google showed off screen casting from Android at Google I/O, and we've been seeing hints of it in KitKat for months, and now it's suddenly real. Google has thrown the switch and enabled casting on a number of Android devices, and it works with sound too. 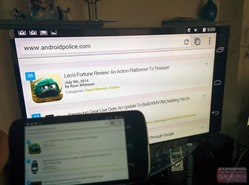 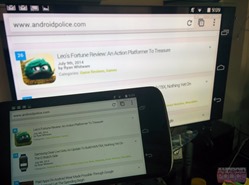 Screen casting will require Android 4.4.2 or higher (MR1) and is currently supported on the following devices.

You should be able to access the casting menu in display options and select your Chromecast. The Quick Settings icon we've been seeing on stock devices for months seems to be live as well. It's also in the Chromecast app, which finally makes that app useful beyond setting up the dongle. The screen is beamed over without any further fiddling. Video seems okay (depending on network) with some artifacting, but audio goes over fine. Sound still works with the screen off too. 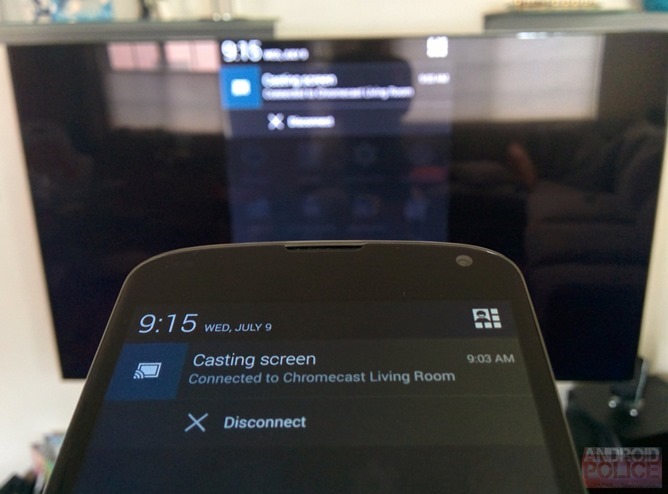 The Sprint LivePro Is An Android-Powered Mini Projector, Mobile Hotspot, And External Battery ...

Verizon Gets Exclusive Dibs On The Sony Xperia Z2 Tablet, Available For $599.99 Online And In ...