Readers may remember Quests and Level-up notifications from one of our exclusives last month. The functionality, along with Snapshots, was confirmed in the official announcement of Google Play Services 5.0. Today, though, Level-up notification controls are live, along with a new card on the "Play Now" screen showing users their XP level and how much XP they'll need to level up. This is an interesting idea, as it gamifies Google's app which itself manages your connected games. 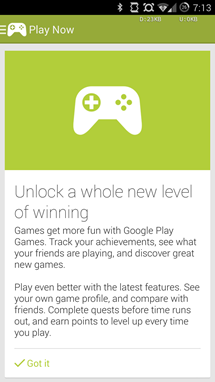 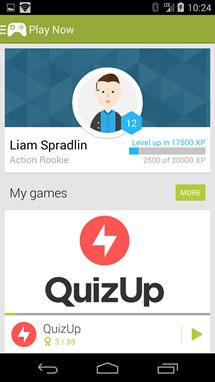 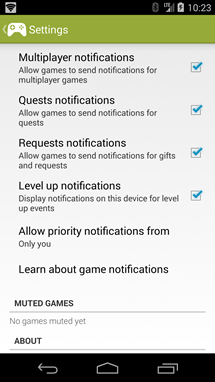 The inbox has also been revised to include separate tabs for invitations, quests, and gifts. Previously, the inbox was reserved only for game invitations.

Besides a refreshed "Play Now" screen and new inbox, there are a couple of other UI tweaks - Play Games has dropped the "Shop" destination from the hamburger menu, opting instead for a tile on the "Explore" view which leads to the Play Store. The unified "Help & Feedback" button has also been implemented. 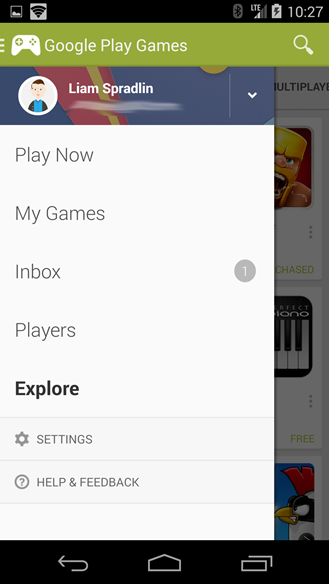 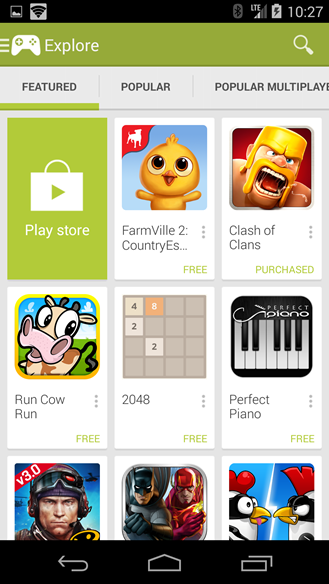 The "My Games" screen has also seen a facelift. The order of tabs has changed since the last update, and the "All My Games" tab opts for smaller cards, allowing for more games to be shown on the screen at once. 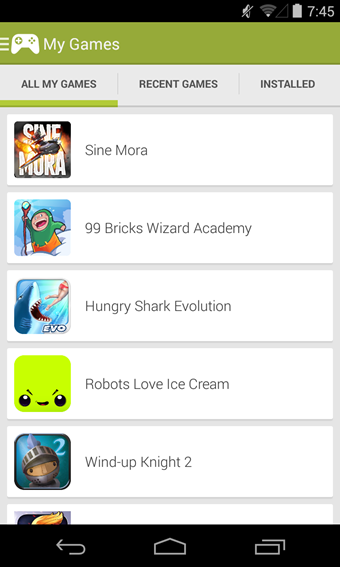 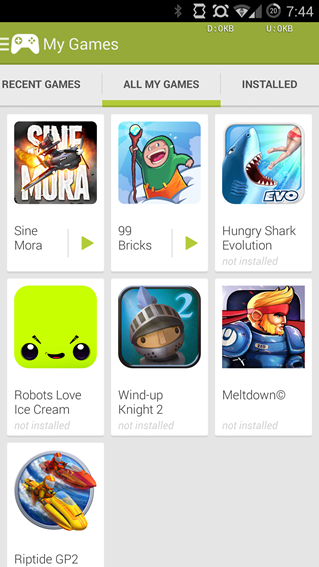 Meanwhile, the "Players" interface shows other players' levels and uses full-width cards rather than the smaller, more square-shaped cards it used before. 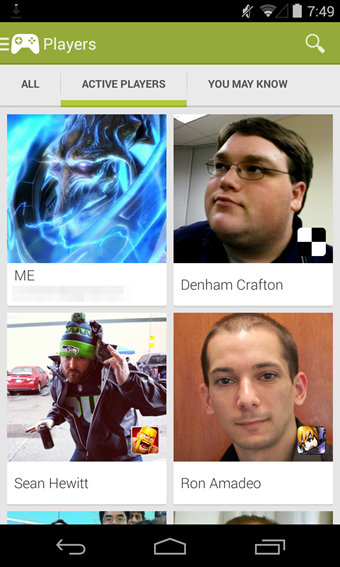 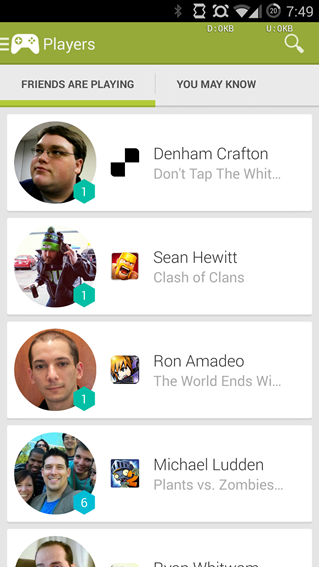 That's it for now, but if we find any more interesting new goodies, we'll add them here. In the meantime, grab the download (it's okay - we know that's what you're here for anyway).

[New Game] Pay $3 To Win: FFFFF2P Makes A Statement On The Lamentable World Of 'Free To Play' Games