Update Wednesday is in full swing today with Chromecast, Google Camera, and now Gmail. It's not the Material Design update you were hoping for, but Gmail v4.9 adds at least one new feature in the form of Google Drive integration. 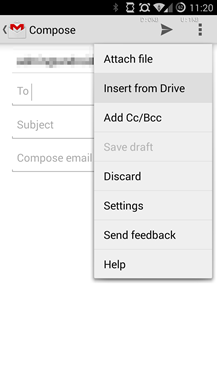 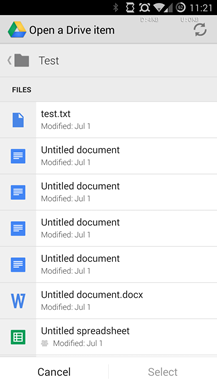 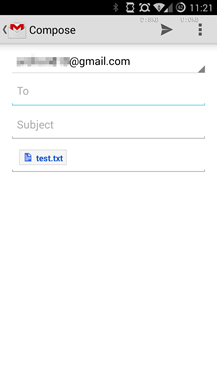 Update: Google has added that the new Gmail will be smarter about autocomplete contact suggestions (in the To, Cc or Bcc fields, after one character instead of two) when composing messages. It no longer displays every email you have for a contact, but shows them separately. Also, when attaching a Drive file, you can change the sharing options in case the person you're sending it to doesn't have access. The update reportedly (so say you, the commenters) fixes the contact sync issue we reported on recently, but no official word on that.

The only new thing we've seen so far is an option to attach files from Google Drive. It's in the action overflow menu right next to the standard attach command. You can choose the file from a popup Drive window and it will be added to the message in a single step. Handy, but not revolutionary. As usual, we'll keep digging and will update if anything else is found. In KitKat the new file picker should allow you to attach drive files too, but this is a faster way and it works for pre-4.4 devices.